Drucken | E-Mail
From Fukushima
16.12.2015
DW DEUTSCHE WELLE, DECEMBER 16, 2015
Germans worried about relaunch of old Belgian nuclear reactors
Many Germans are upset about the relaunch of a Belgian nuclear power plant that was shut down because of "micro-cracks." Local politicians are condemning it as a risky, irresponsible move. 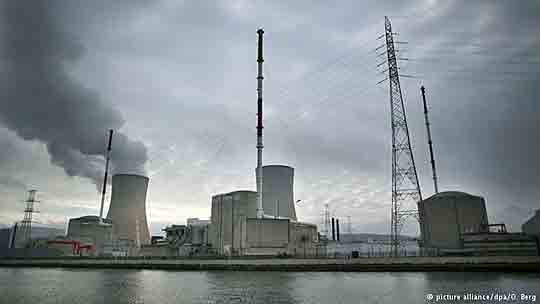 Belgian power utility Electrabel, a subsidiary of the French firm Engie, this week restarted an aging nuclear reactor after an almost two-year shutdown following the discovery of thousands of micro-cracks in the reactor casings in 2012.

Energy company Electrabel, which operates seven nuclear reactors in the regions of Tihange and Doel, said it put the Tihange 2 reactor in southeast Belgium back on line "in complete safety." A reactor near Antwerp, Doel 3, is due to go back online on Thursday.

The restart triggered disbelief and anger in Germany, mainly in the neighboring state of North Rhine-Westphalia, whose population are worried about the threat of a meltdown.

"Belgians," one German user tweeted, "shut down your radiating reactor. Tihange is NOT safe. There'll be a meltdown. And IT'LL BE YOUR FAULT."
Uproar in Germany

"It's difficult to understand how the authorities came to the conclusion that safety could be guaranteed," German lawmaker Detlef Seif told DW, before adding that the Belgian government's public information policies were "disastrous."

To Seif, relaunching the reactor shows that the government is prepared to take serious public safety risks to protect its economic and political interests.
German experts are currently analyzing the documents the Belgium's FANC nuclear authority made available on its website on the relaunch of Tihange 2. 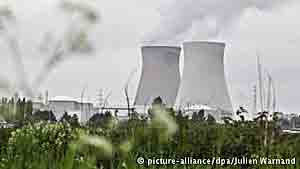 Doel 3 is to go back online

"The Tihange 2 reactor isn't safe at all," said Jörg Schellenberg of the Aachen Anti-Nuclear Energy Alliance. By restarting it, Electrabel tacitly accepts the inherent danger, "out of pure greed," the anti-nuclear activist told DW.
The Belgian nuclear authority that gave the go-ahead to relaunch Tihange 2 is deliberately deceiving the public, Schellenberg alleged. "Tihange 2 doesn't meet regular safety standards," he said, adding that since the cracks were first discovered in 2012, they have been found to be more and bigger than before.
North Rhine-Westphalia's Economy Minister Garrelt Duin also warned against the relaunch of Tihange, calling it "irresponsible."

NRW is one of Germany's most densely-populated states, and includes teeming cities like Cologne, Düsseldorf, Dortmund and Essen. The city of Aachen, just sixty kilometers (37 miles) from Tihange, has even considered legal options to stop the reopening.

Many Belgians think Germans are being hysterical, even though the reopening of Tihange has been a major issue in Aachen for many weeks, said Bernd Büttges, spokesman for Aachen's city government. And people are worried for a reason, he told DW: "The thing is brittle." 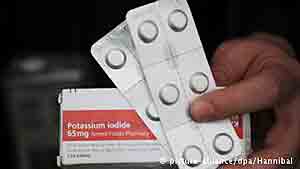 City officials last week simulated what might happen in case of a nuclear meltdown - from the Belgian government's first official warning to the worst-case scenario - as part of regular emergency planning exercises.

Büttgens said it felt "bizarre" to sit in a conference room and go over the various nightmare scenarios: "The exercise showed us our limits." Now the city is considering storing iodide pills directly in schools and kindergartens rather than centrally in the university clinic - but some citizens feel that won't do.

"Aachen wants to distribute iodide tablets to schools and daycare centers. That isn't enough," one user wrote on Twitter: "Turn it off!"

Germany decided to phase out its nuclear energy program after the 2011 nuclear disaster in Fukushima, Japan.

Belgium has also committed to phasing out nuclear power entirely by 2025, but about half of the country's energy supply currently comes from its seven nuclear reactors. Two reactors meant to be retired this year after 40 years - Doel 1 and 2 - are being kept operational for another ten years to secure the electricity supply.