Breaking news from Seoul.
May 18th this year marks 39th anniversary of Gwangju massacre (pro-democracy uprising), where almost 2000 civilians were killed by military junta with the consent of US govt. (There are two other tragic massacres in 1948 in S Korea that includes Jeju 4.3 uprising (30,000 victims), Yeosun Uprising (10,000 victims in Yeosu and Suncheon) stem from a group of soldiers refusing to kill Jeju islanders. Historical documents proved that previous US govt was also involved.
This testimony breaking silence of last four decades brings some closure for the victims in the city, and provide possible legal grounds to punish those who are involved. However, I am not sure how the current govt will deal with it. but, civic society is demanding justice for thorough investigation for the case.

'Ex-Pres. Chun Gave Order to Fire at Gwangju Demonstrators'
A former intelligence official of the U.S. military has come forward with a claim that former South Korean President Chun Doo-hwan visited Gwangju right before a deadly crackdown on the 1980 pro-democracy uprising in the city and gave an order to fire at demonstrators.

The claim was raised by Kim Yong-jang, who introduced himself as a former intelligence agent working for a U.S. intelligence military unit in the southwestern city. In a press conference Monday in Seoul, Kim said Chun held a meeting with senior military leaders, including Special Warfare Commander Chung Ho-yong, at Gwangju Airfield on May 21st, 1980.

Kim asserted the order to kill protesters must have been made in that meeting, calling it a reasonable presumption. He said the former president flew to Gwangju by helicopter from an airfield in Seongnam, and raised the possible existence of an official document proving Chun went to Gwangju on the day in question.

Kim also dismissed suspicions that North Korea masterminded the South Korean civilian protests, which the Chun junta used to justify its crackdowns, saying it would have been impossible for the North to stage such acts in the South without U.S. intelligence knowing. He said at the time, the United States was thoroughly surveying the Korean Peninsula using two spy satellites.

See Hankyoreh, May 14, 2019.
Chun Doo-hwan arrived in Gwangju by helicopter before troopsopened fire on civilians
Former US Army intelligence officer says order to open fire issued during meeting with Chun

2019 May 10  [Photo] “May Stools” honoring May 18 installed in front of Myeongdong Cathedral
Sculptures honoring the spirit of the May 18 Gwangju Democratization Movement have been installed in front of Seoul’s Myeongdong
Cathedral, a symbolic site of the South Korean democratization movement, as the cathedral offered sanctuary to many people who were
persecuted by past dictatorships....
Quelle: english.hani.co.kr/arti/PRINT/893425.html

2019 March 12  Gwangju citizens struggle to contain their rage during Chun’s trial
Ex-president acts defiantly and proudly in face of May 1980 victims
Quelle:  english.hani.co.kr/arti/PRINT/885626.html

2019 March 12  [Editorial] Chun needs to confess and repent before the people of Gwangju
On Mar. 11, ex-president Chun Doo-hwan, who is charged with defamation of the deceased, was finally put on trial in a Gwangju courthouse.
This came 39 years after he perpetrated what is known as the Gwangju Massacre (Gwangju Democratization Movement) and 31 years after
he left the presidency....
Quelle:  english.hani.co.kr/arti/PRINT/885622.html

2019 March 12  Question of helicopter gunfire on civilians of key importance inChun Doo-hwan’s trial
If Chun is convicted of defamation, government’s self-defense argument nullified
It’s of considerable importance that ex-president Chun Doo-hwan is on trial for defaming a deceased Catholic priest named Cho Cheol-hyeon (1938–2016, also known as Cho Pius) because this could become an opportunity to identify the person who gave the order to open fire upon innocent civilians during the Gwangju Uprising (Gwangju Democratization Movement), a question that remains unanswered to this day....
Quelle: english.hani.co.kr/arti/PRINT/885624.html 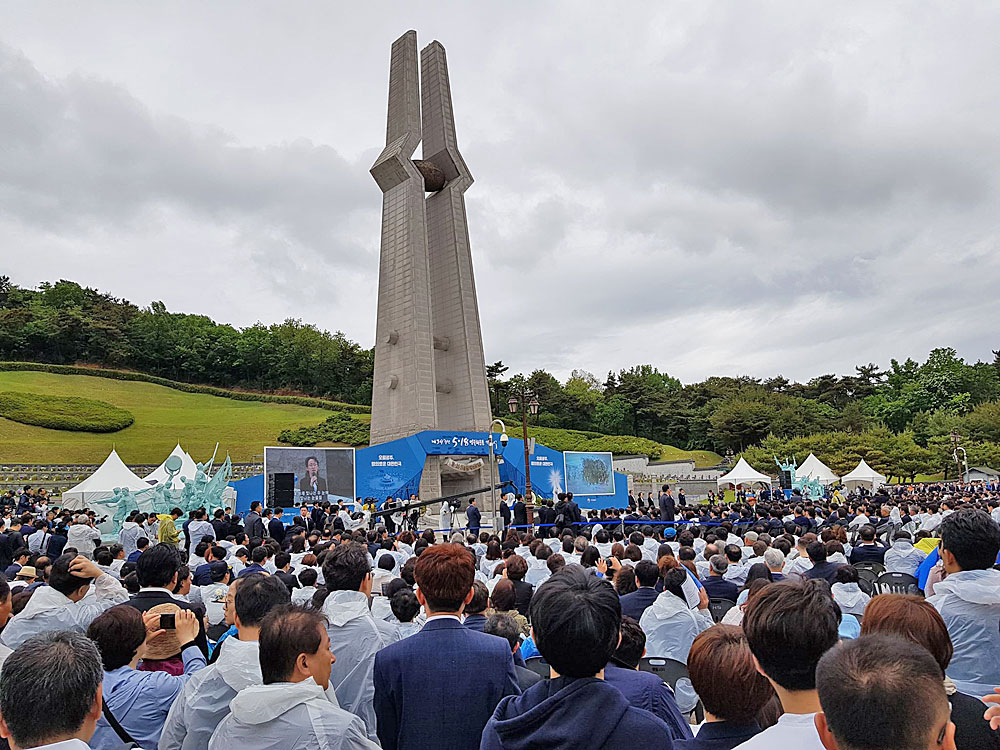 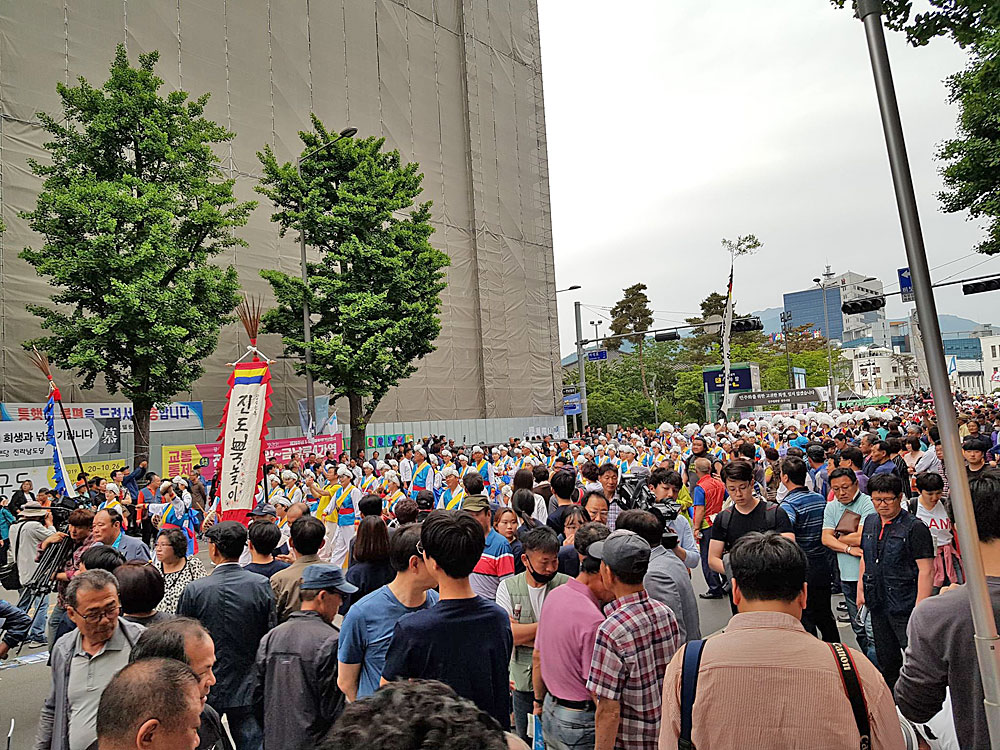 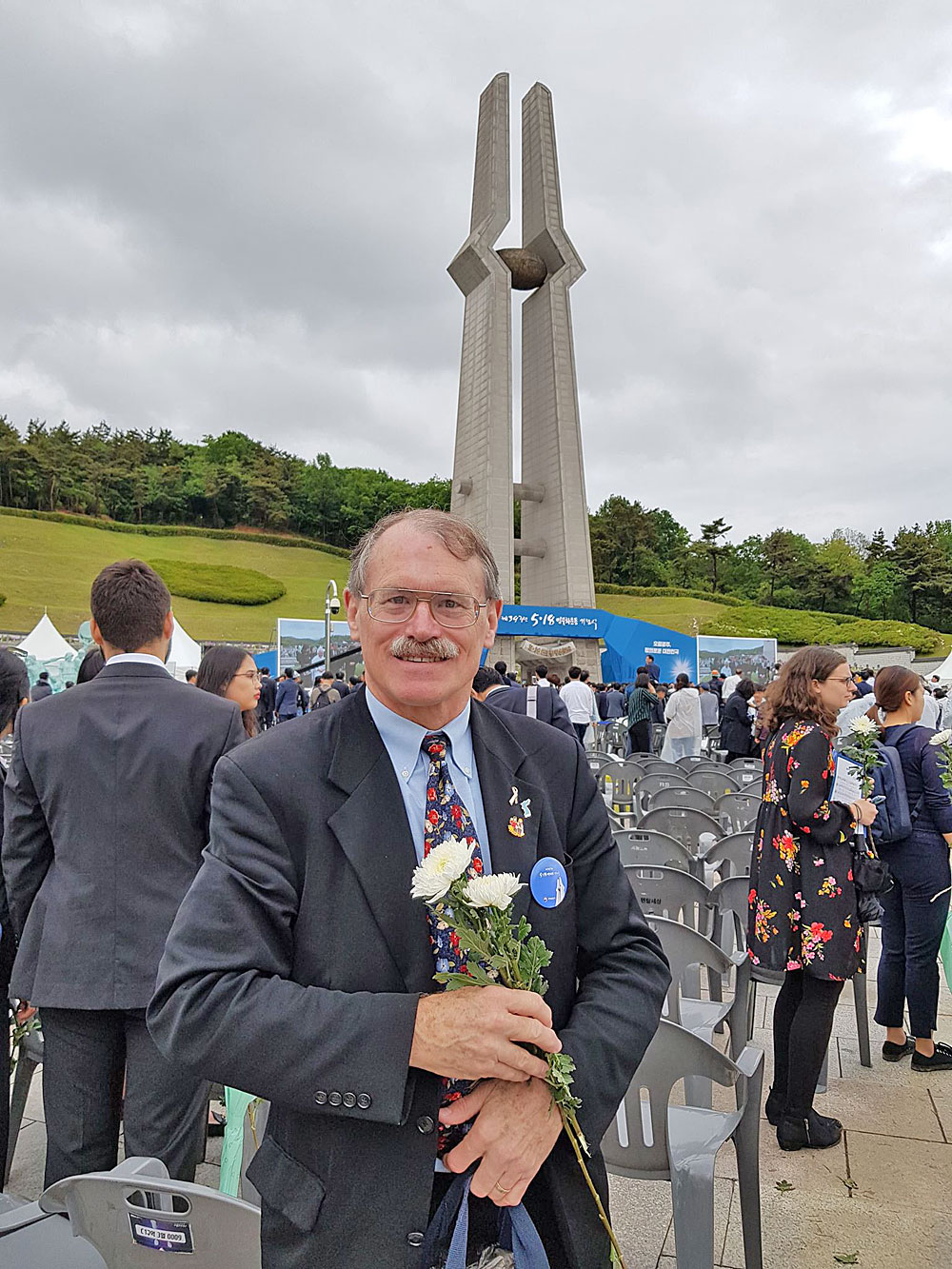 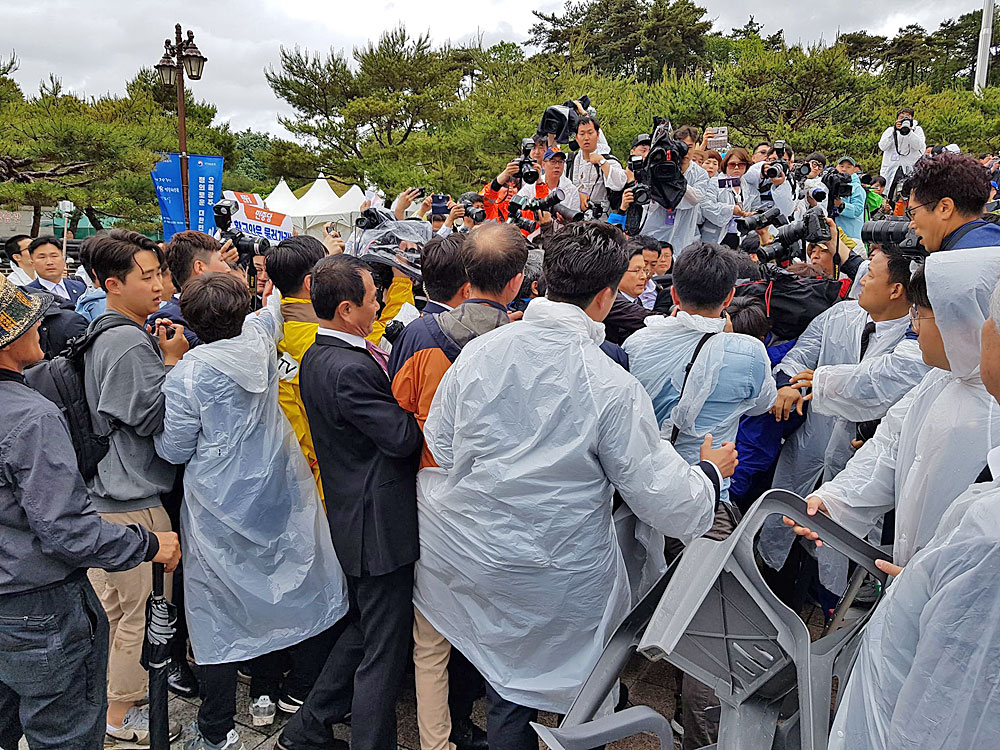 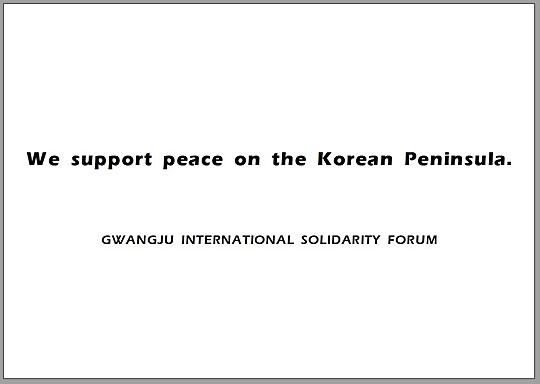