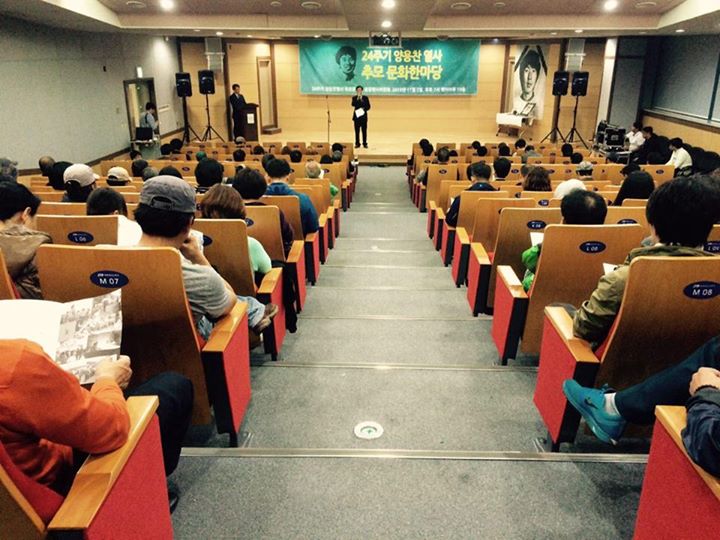 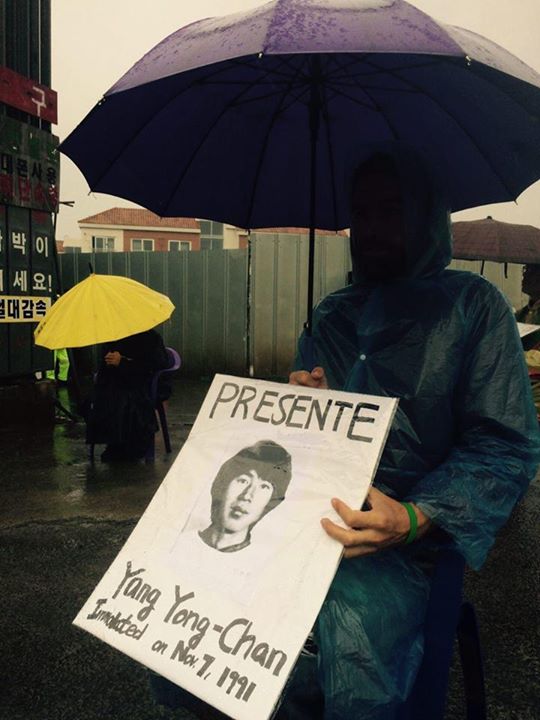 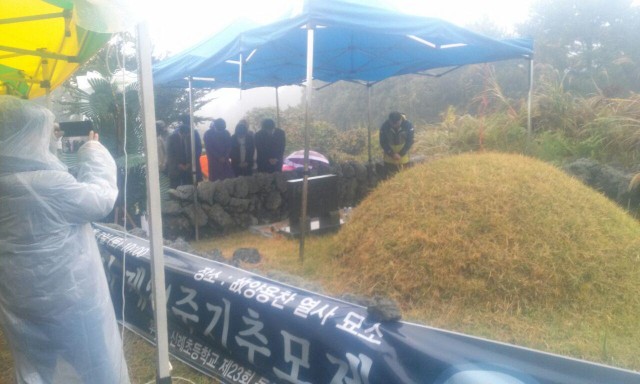 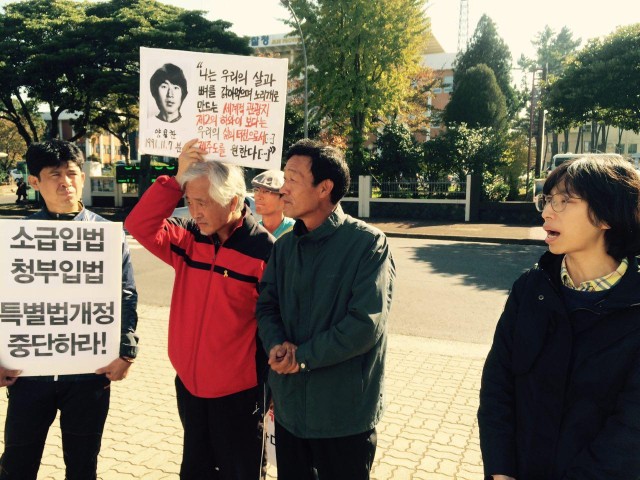 In Gangjeong and Jeju island for several years we have continuously taken action to memorize Martyr Yang, Yong-Chan(1965 to 1991) who self-immolated for the opposition of the special law on the development of the Jeju island on Nov. 7, 1991.

24 years ago, he left his testimony that he wanted the Jeju Island as “a nest for life rather than the 2nd Hawaii.” As he had worried, now Jeju island got 1st naval base and the revision of special law on the development of the Jeju island has been passed which is going to allow more terrible capitalism destruction. More militarization (a new airport) is being planned. If Jeju is unfortunately exactly walking the Hawaii way, it is more important to remind people the death and the warming of Yang, Yong-Chan.

Therefore, this year (the 24th anniversary of his death) a serial of events were held for the whole week from November 1st to 8th including walking Yang, Yong-Chan Olley Road, worship in Yang Yong-Chan’s graveyard, 24th anniversary memorial event, picketing and doing “3 walks 1 bow” in front of Naval Base in Gangjeong village, gathering in front of the council of Jeju province to protest the revision of “Special Act on Jeju-do Development” which is going to allow more and more terrible destructive development projects in Jeju, and last but not least, Gangjeong Life and Peace Festival  (http://savejejunow.org/?p=11150).

No more militarization in Jeju and no more giant development plans which only benefit the giant capitalists in stead of the locals.