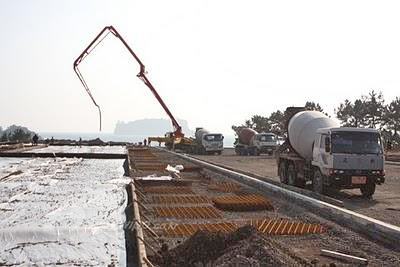 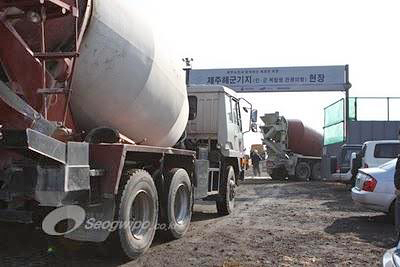 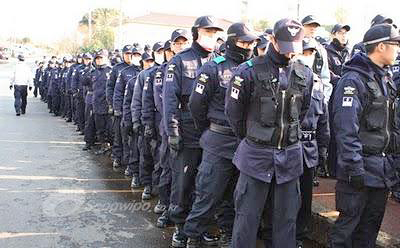 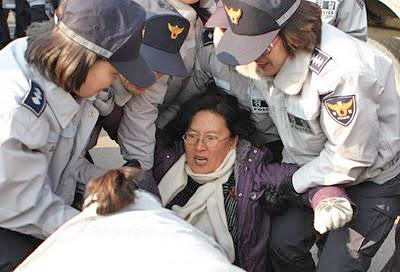 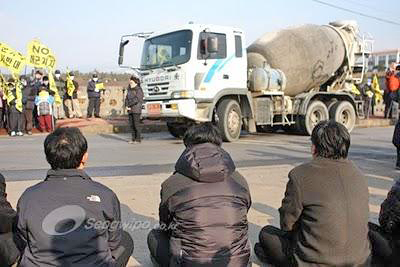 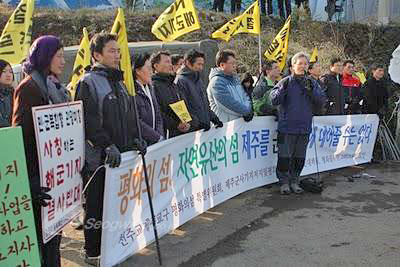 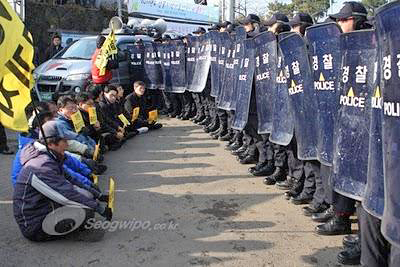 I got these photos from a Jeju Island media outlet....you can see more of them if you click on the link in the headline above.

I've not yet heard from Sung-Hee Choi yet, she might have been arrested for all I know.

It is obvious that the Navy has pushed through with their cement trucks and will now begin to pour concrete over the sea life that lives among the rocks along the coastline of the Gangjeong village.

All of this in order to build a Navy base that is needed as the U.S. Navy builds more ships and deploys them in the region. Maine's Sen. Olympia Snowe (Republican) has said over and over again to the media in our state that more Navy ships are needed to "protect" against China's expanding power. There can be now doubt that this base has nothing to do with North Korea. It is all about projecting power toward China in order to block their ability to import oil on ships along the waterway between Jeju Island and mainland China.

The Chinese import 80% of their oil via this sea route and if the U.S. can successfully "choke off" their ability to transport oil then the U.S., who can't compete with China's growing economy, would be able to still hold the "keys" to their economic engine.

It is hardball politics that the U.S. is playing here in this expensive and dangerous game. The people on Jeju Island, sadly enough, are just pawns in the way of imperial designs.

Thirty-four citizens arrested trying to block 66 cement trucks from dumping their concrete on the rocky coast.