Martyr, Yang Yong Chan, May Deter the Jeju Naval Base! 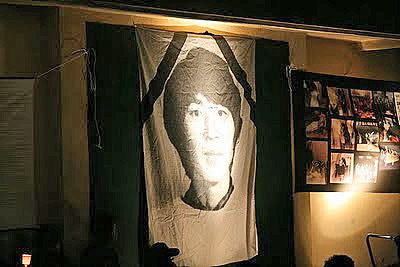 His major was History when he was an undergraduate student in the Jeju University but posed his study in his will after the military draft. Sine then, he participated in the 'Seogwipo Young People's Council for the Love of Nation' in 1989, worked as a tile worker during the day and as a member of the meeting of the 'Love of the Farmers' inside the organization the other times. Later on, he worked as the representative of the meeting. He participated in the "Committee for the Issues of the Seogwipo Region', had a great concern with the issues of the development of the Seogwipo region, Uruguay Round, Special Law on the Development of the Jeju Island, import of the agriculture and fishing products, and the tangerines of the region.

He left his testimony that 'he wanted the Jeju Island as a nest for life rather than the 2nd Hawaii' and self-immolated in fire, shouting, "Deter the Special law" and "Smash the Minjadang(The Dominating right wing party at the time)"
(Reference: Korean Confederation of Trade Unions who referred from the Korean Council for Democratic Martyre) 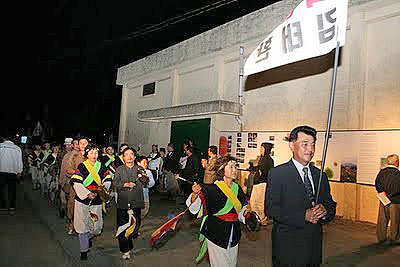 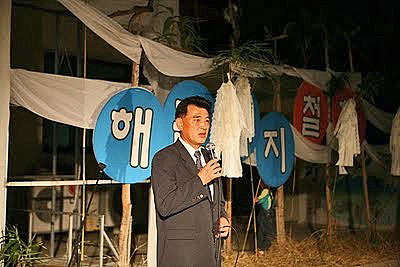 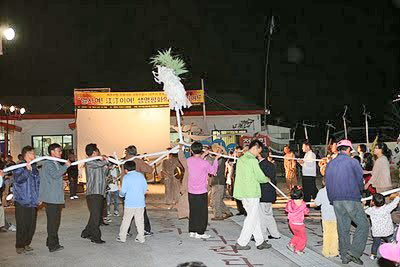 Martyr, Yang Yong Chan, May Deter the Naval Base!
A Memorial Cultural Event for the 18th Anniversary of a Young Martyr was Held in the Gangjeong Village, A Land Of Peace. Jeju Island on Nov. 7, 2009