Great that many could make it to Saturday's Boycott Samsung demo, especially those who came from Belgium and Birmingham!   For those who could not make it, here's a report and some photos. 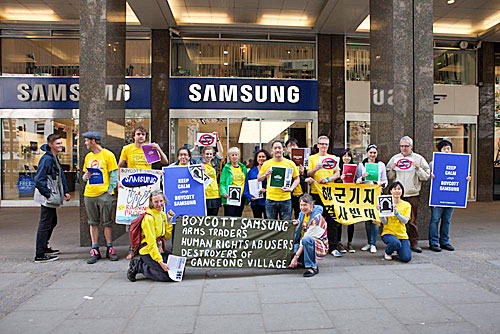 The 'Boycott Samsung' demonstration outside the Samsung store on Tottenham Court Road took place on Saturday 9 June. This was a follow up event from the Demonstration outside the Korean Embassy on 9 May in support of the people of Gangjeong village. Samsung is the main building contractor of the naval base on Jeju Island, South Korea. The destruction of part of one of the most beautiful places on earth, certainly one of the most treasured areas for Koreans, is of no consequence for military and corporate planners. The people of Gangjeong village are fighting non-violently for peace, their way of life and the rights of nature. 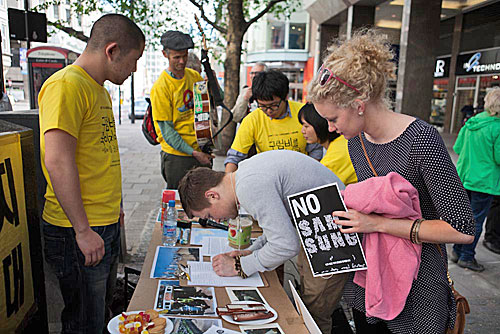 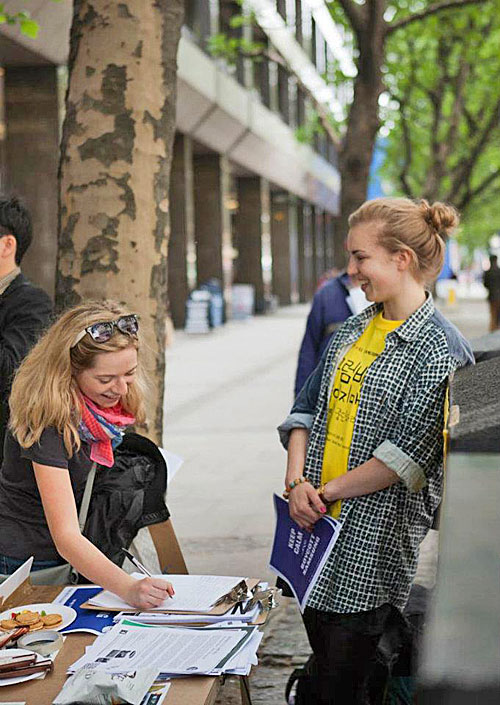 The demonstration in London sought to increase public awareness of Samsung's involvement in the destructive naval base project, this was done through leafletting and many fruitful conversations. There was a particularly interesting discussion with a Korean passer-by who knew something of Samsung's corrupt ways yet felt it was 'unpatriotic' to criticise a successful Korean company. 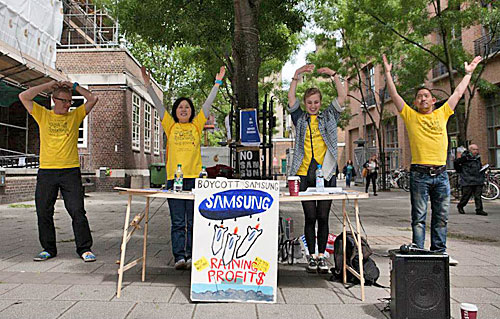 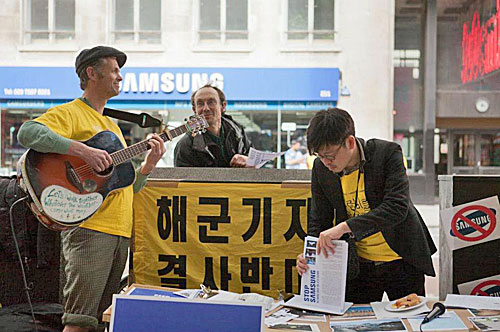 This is a commonly held view, but I think after a while she understood that the aim of a Boycott is not primarily to damage the company but to make it behave responsibly.  After this an independent Korean media team interviewed me about our protest and this issue of Korean 'patriotism'.  I waffled a lot but managed to express that the government follows the Pentagon and Samsung follows the money, and it's left to the people of Gangjeong and their supporters to show they care about their country and their planet. 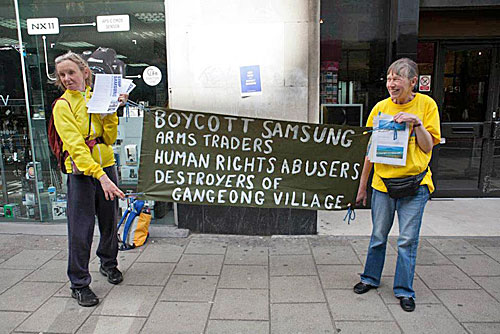 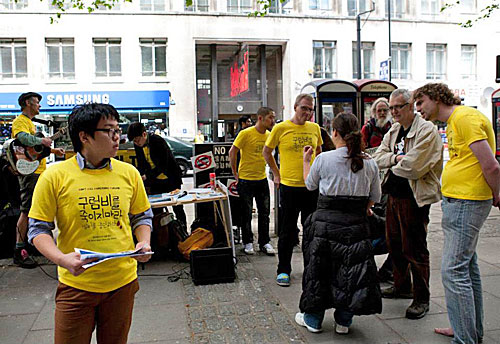 The shop, the largest Samsung branded store (in fact a franchise ) provided a suitable symbolic location, with a very wide public thoroughfare that could accommodate the protest, attempts at dancing, and an information table and space to talk to passers by without obstructing the public. Samsung's main flagship store in the Stratford Westfields shopping centre where there is no right to peacefully protest.  Speeches were read out and songs sung with much thanks to SOAS Student Union for lending us a PA.  There were a few demonstrations of the Gangjeong Village dance which is great fun to do, and made the public stop and find out what on earth was going on.   A smaller Samsung shop was also on the other side of the street and a few also leafleted there and displayed a banner denouncing Samsung as 'war profiteers' and 'destroyers of Gangjeong village'. 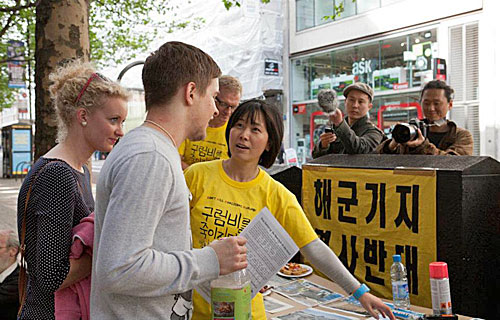 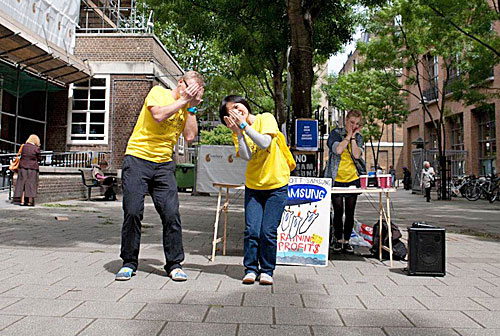 The leaflets and speeches centred on the Gangjeong struggle but also provided information on Samsung's 'No Union' policy and the continuing cancer deaths among Samsung factory workers. The most recent death, the 56th to date, occurred just one week before the demonstration.  A joint statement drawn up by several Korean workers rights organisations was read out. 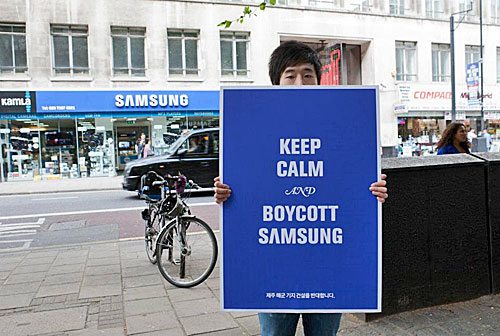 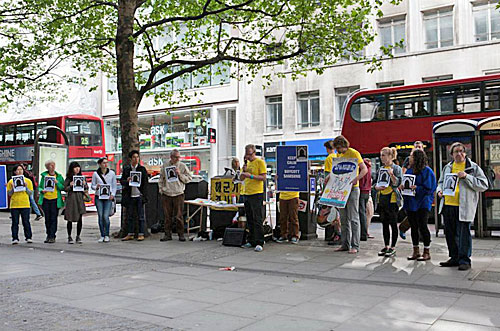 Samsung is an official Olympic sponsor but must accept that the destruction of Jeju Island, its arms manufacturing subsidiaries and its shameful treatment of workers run counter to Olympic values and the 'promotion of peace', one of its purported corporate values.  The call for a Boycott of Samsung products must strengthen until 'Justice for Jeju' and justice for Samsung workers comes about.

Photos by Jiwon Yoon for Gangeong UK Solidarity Group.   More photos can be seen on the
Facebook group:  http://www.facebook.com/groups/UKJejuGangjeong/