Prayer for victims and affected people by earthquake and Tsunami 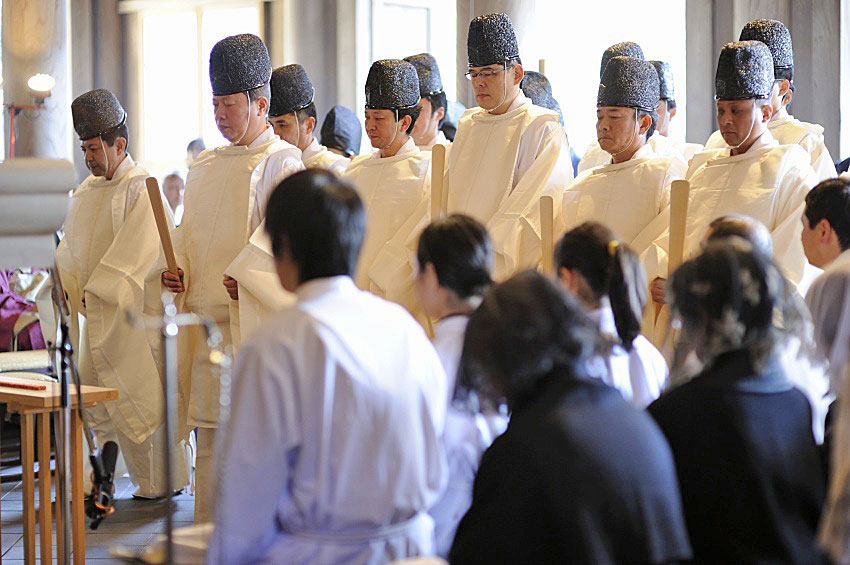 God, who created heaven, earth, and all creatures living on the earth,

The terrible and long earthquake and Tsunami hit villages and towns, destroyed the daily life, and killed many people last year. We were terrified with a series of earthquakes that we had not experienced before. We remember the nights we spent with candle light without electricity.

The tsunami swept away houses where families enjoyed their conversation, schools where kids learned and played with their friends, and workplaces where people served for their communities. People lost their family, friends, and colleagues and never see them again. People have been struggling with pain and sorrow until today. We ask you to give peaceful time and consolation to victims who ended their life with fear. Embrace each of them and lead them to joy of eternal life.

Severe cold winter visited people living in temporal houses without enough heating facilities. Some of them have a hard time to adjusting with new environment different from their own. Children, the aged, the disabled, and the sick are facing difficulties to live as they did before. Help them to survive in this inconvenient situation and extend your hands of love to them.

Many people are forced to move out from their home town due to the explosion of nuclear electric plants. They are thrown into pain and loneliness, separated from their family and neighbors. Bless their life in new towns and lead them to their hometowns someday after cleansing the contaminated land, water, and air. We also ask your help and power for those who work to resolve problems in a dangerous situation at nuclear plants.

We confess our sin that we wasted energies and enjoyed our life without recognizing that our daily life is supported by many people who worked in a life threatening situation. Forgive our sin and give us your wisdom and strong mind to change our life in a proper way according to your will.

Several Buddhist Temples and Shinto shrines were destroyed or damaged. Buddhist monks and Shinto priests are in pain and fear as we are. Heal them and give your strength to stand in the midst of villages and towns to maintain their communities guiding people spiritually.

God, Our Lord, you delivered Hebrew people from the bondage of the oppressive power and led them into the new land. You sent prophets to encourage people to restore the broken City and the Temple of Jerusalem after Babylonian Capture. In Japan, you recreated cities and towns burned and damaged with air raids of World War II, and people were allowed to start new life. Extend your arms again and give your power to reconstruct their life. Give your hope to people who are weakened. All of them are God's family though their ethnicity and religions are different from ours. Again, we ask your help from the bottom of darkness.

Prayers are offered in many places all over the world today. Though their words and styles are different, we offer prayers in one purpose. Listen to sincere voices of all the people in the world.

In the name of Jesus Christ, Amen 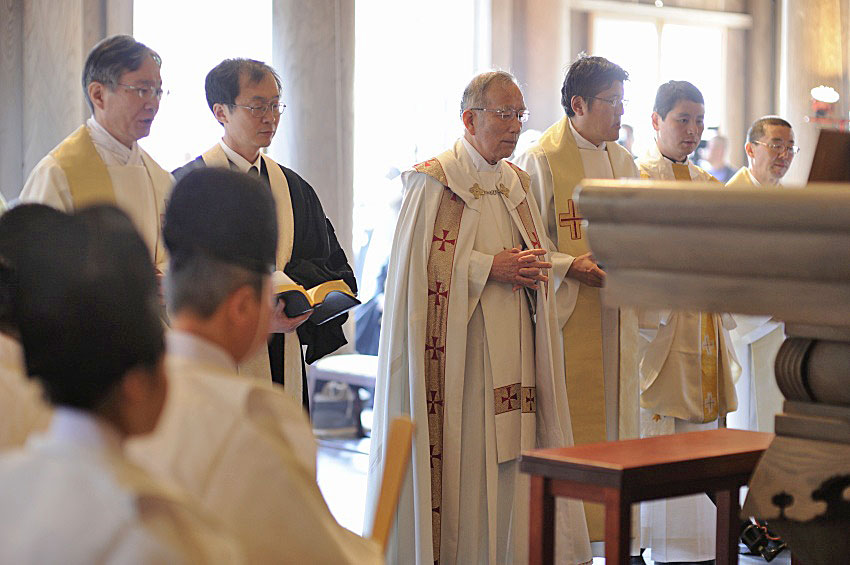 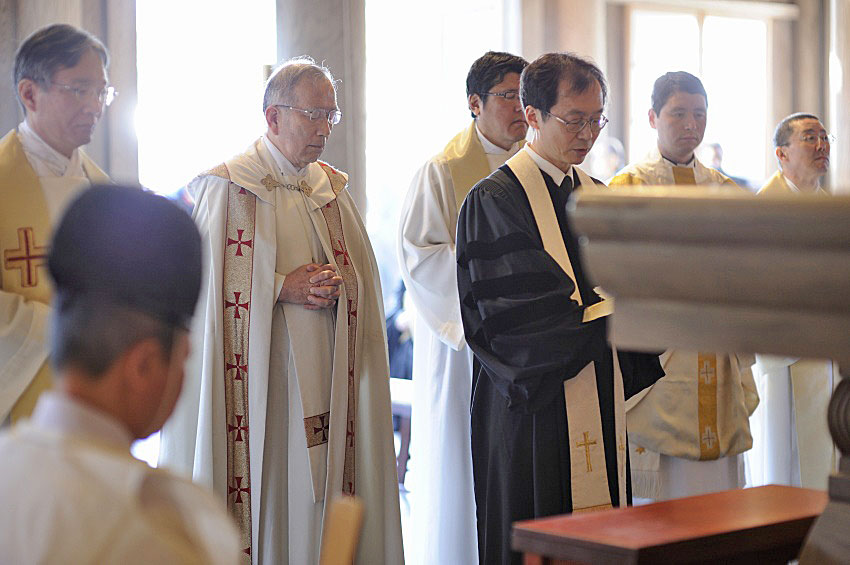 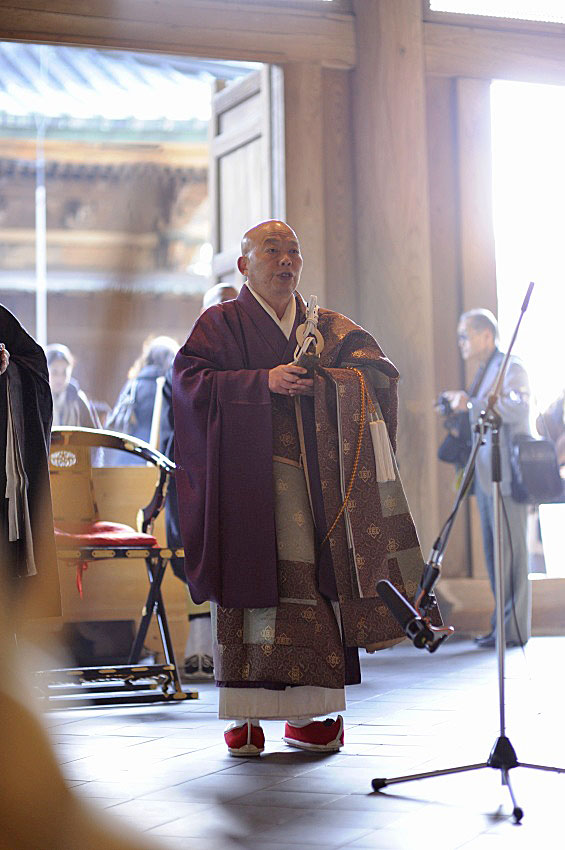