By DAVID MCNEILL
Special to The Japan Times

Is the ongoing crisis surrounding the Fukushima No. 1 nuclear power plant being accurately reported in the Japanese media? 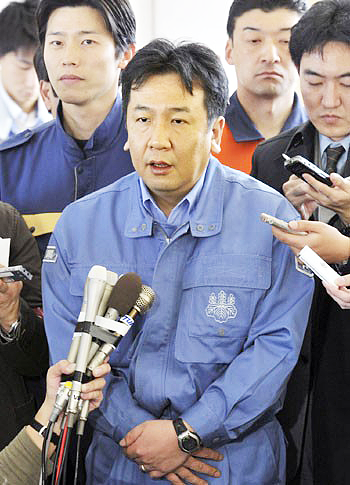 No, says independent journalist Shigeo Abe, who claims the authorities, and many journalists, have done a poor job of informing people about nuclear power in Japan both before and during the crisis — and that the clean-up costs are now being massively underestimated and underreported.

"The government says that as long as the radioactive leak can be dammed from the sides it can be stopped, but that's wrong," Abe insists. "They're going to have to build a huge trench underneath the plant to contain the radiation — a giant diaper. That is a huge-scale construction and will cost a fortune. The government knows that but won't reveal it."

The disaster at the Fukushima plant operated by Tokyo Electric Power Co. (Tepco) again revealed one of the major fault lines of Japanese journalism — that between the mainstream media and the mass-selling weeklies and their ranks of freelancers.

The mainstream media has long been part of the press-club system, which funnels information from official Japan to the public. Critics say the system locks the country's most influential journalists into a symbiotic relationship with their sources, and discourages them from investigation or independent lines of analysis.

Once the crisis began, it was weekly Japanese magazines that sank their teeth into the guardians of the so-called nuclear village — the cozy ranks of polititicians, bureaucrats, academics, corporate players and the media who promote nuclear power in this country.

Meanwhile, the Asahi Shimbun newspaper's well-respected weekly magazine AERA revealed that local governments manipulated public opinion in support of reopening nuclear plants. The same magazine's now-famous March 19, 2011, cover story showing a masked nuclear worker and the headline "Radiation is coming to Tokyo" was controversial enough to force an apology and the resignation of at least one columnist (though the headline was in fact correct).

Others explored claims of structural bias in the mainstream press.

Japan's power-supply industry, collectively, is Japan's biggest advertiser, spending ¥88 billion (more than $1 billion) a year, according to the Nikkei Advertising Research Institute. Tepco's ¥24.4 billion alone is roughly half what a global firm as large as Toyota spends in a year.

Many journalists were tied to the industry in complex ways. A Yomiuri Shimbun science writer was cited in "Daishinsai Genpatsu Jiko to Media" ("The Media and the Nuclear Disaster"; Otsuki Shoten, 2011) as working simultaneously for nuclear-industry watchdogs, including the Central Research Institute of Electric Power Industry (sic). Journalists from the Nikkei and Mainichi Shimbun newspapers have also reportedly gone on to work for pronuclear organizations and publications.

Before the Fukushima crisis began, Tepco's advertising largesse may have helped silence even the most liberal of potential critics. According to Shukan Gendai, the utility spent roughly $26 million on advertising with the Asahi Shimbun. Tepco's quarterly magazine, Sola, was edited by former Asahi writers.

The financial clout of the power-supply industry, combined with the press-club system, surely helped discourage investigative reporting and keep concerns about nuclear power and critics of plants such as the aging Fukushima complex and Chubu Electric Power Co.'s Hamaoka facility in Omaezaki, Shizuoka Prefecture, which sits astride numerous faults, well below the media radar.

Throughout the Fukushima crisis, the mainstream media has relied heavily on pronuclear scientists' and Tepco's analyses of what was occurring. After the first hydrogen blast of March 12, the government's top spokesman, Yukio Edano, told a press conference: "Even though the reactor No. 1 building is damaged, the containment vessel is undamaged. ... On the contrary, the outside monitors show that the (radiation) dose rate is declining, so the cooling of the reactor is proceeding."

Any suggestion that the accident would reach Chernobyl level was, he said, "out of the question."

Author and nuclear critic Takashi Hirose noted afterward: "Most of the media believed this. It makes no logical sense to say, as Edano did, that the safety of the containment vessel could be determined by monitoring the radiation dose rate. All he did was repeat the lecture given him by Tepco."

As media critic Toru Takeda later wrote, the overwhelming strategy throughout the crisis, by both the authorities and big media, seems to be to reassure people, not alert them to possible dangers.

By late March, the war in Libya had knocked Japan from the front pages of the world's newspapers, but there was still one story that was very sought after: life inside the 20-km evacuation zone around the Fukushima atomic plant.

Thousands of people had fled and left behind homes, pets and farm animals that would eventually die. A small number of mainly elderly people stayed behind, refusing to leave homes that often had been in their families for generations. Not surprisingly, there was enormous global interest in their story and its disturbing echoes of the Chernobyl catastrophe 25 years earlier.

Yet not a single reporter from Japan's big media filed from inside the evacuation zone — despite the fact that it was not yet illegal to be there. Some would begin reporting from the area much later after receiving government clearance — the Asahi Shimbun newspaper sent its first dispatch on April 25, when its reporters accompanied the commissioner-general of the National Police Agency. Later, they would explain why they stayed away and — with the exception of government-approved excursions — why they continue to stay away. 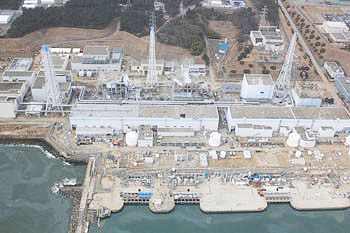 "Journalists are employees and their companies have to protect them from dangers," explained Keiichi Sato, a deputy editor with the News Division of Nippon TV.

"Reporters like myself might want to go into that zone and get the story, and there was internal debate about it, but there isn't much personal freedom inside big media companies. We were told by our superiors that it was dangerous, so going in by ourselves would mean breaking that rule. It would mean nothing less than quitting the company."

The cartel-like behavior of the leading Japanese media companies meant they did not have to fear being trumped by rivals. In particularly dangerous situations, managers of TV networks and newspapers will form agreements (known as h?d? ky?tei) in effect to collectively keep their reporters out of harm's way.

Teddy Jimbo, founder of the pioneering Internet broadcaster Video News Network, explains: "Once the five or six big firms come to an agreement that their competitors will not do anything, they don't have to be worried about being scooped or challenged."

Frustrated by the lack of information from around the plant, Jimbo took his camera and dosimeters into the 20-km zone on April 2 and uploaded a report on YouTube that scored almost 1 million views. He was the first Japanese reporter to present TV images from Futaba and other abandoned towns (though images from the zone, shot during government-approved incursions, later appeared on mainstream TV news programs).

"For freelance journalists, it's not hard to beat the big companies because you quickly learn where their line is," Jimbo said. "As a journalist I needed to go in and find out what was happening. Any real journalist would want to do that." He later sold some of his footage to three of the big Japanese TV networks: NHK, NTV and TBS.

Says Abe: "The government's whole strategy for bringing the plant under control will have to be revised. The evacuees will never be able to return. They can't clean up the radiation. Will the media report this? I'm waiting for that."