Haruki Wada, professor emeritus at the University of Tokyo, came out in strong criticism of Japanese Prime Minister Shinzo Abe for his policy of not playing nice with South Korea.

Wada voiced his concerns during the keynote address at an academic conference on Japan held at the conference room of the building of the Korea Federation of Banks, in Seoul, on Aug. 26, which was organized by the Institute for Japanese Studies, at Seoul National University.

“Recently, experts on Japan and government officials have been saying that the 38th parallel is being drawn across the East Sea and that Japan needs to be ready to isolate South Korea and even cut off relations with it. That would mean the dissolution of Japan’s ties in Northeast Asia and the establishment of a maritime bloc between Japan, Taiwan, and the US in opposition to China, Russia, South Korea, and North Korea. In short, Abe’s policy of not dealing with South Korea spells the end of Japan as a peaceful state,” Wada said during the address. ...

Declaration in Support of the Artists, Scholars, and Journalists of Japan 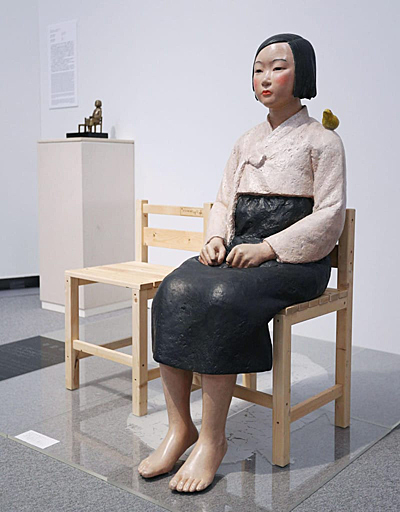 Prot. Dr. Zöllner schreibt dazu:
"The Declaration in Support of the Artists, Scholars, and Journalists of Japan has been signed by 158 colleagues from 21 countries on 4 continents. This is a great success! You will find the complete list of signatories on my blog,  http://kotoba.japankunde.de/?page_id=6780. ...
Let's hope that our declaration will be heard, for the good of our colleagues and friends in Japan."

Declaration in Support of the Artists, Scholars, and Journalists of Japan.

Weiterlesen: Declaration in Support of the Artists, Scholars, and Journalists of Japan

"Dear Overseas Plaintiffs,
On January 24, 2019, the Supreme Court sent the final decision to the attorney's office. It was a dismissal of our appeal. Because of the three-trial system, we cannot go further to the higher court; it means that the judicial contest is over.
We held the 4th general assembly of the plaintiffs and the group of attorneys on June 15, 2019. We inform you our decision that the plaintiffs' organization will be dissolved on July 31, 2019.
The following is the statement of the plaintiffs and the group of attorneys of the lawsuit against the nuclear reactor suppliers. We had a press conference to make the statement public on Jan. 30.
We will keep our homepage for ten years from now on. And we want to share information on the website if we have any further ideas to go together. Please visit the website from time to time at http://nonukesrights.holy.jp/
Facilitators Group for the Lawsuit against the Nuclear Reactor Suppliers July 25, 2019"