The last mass in front of base gate

by Sung-Hee Choi
As of May 7, 2016, the street mass which used to be daily carried out every 11 am in front of the base construction gate for five years since Sept. 3, 2011 ended. The Catholic Fathers in Gangjeong made such a hard decision with tears. 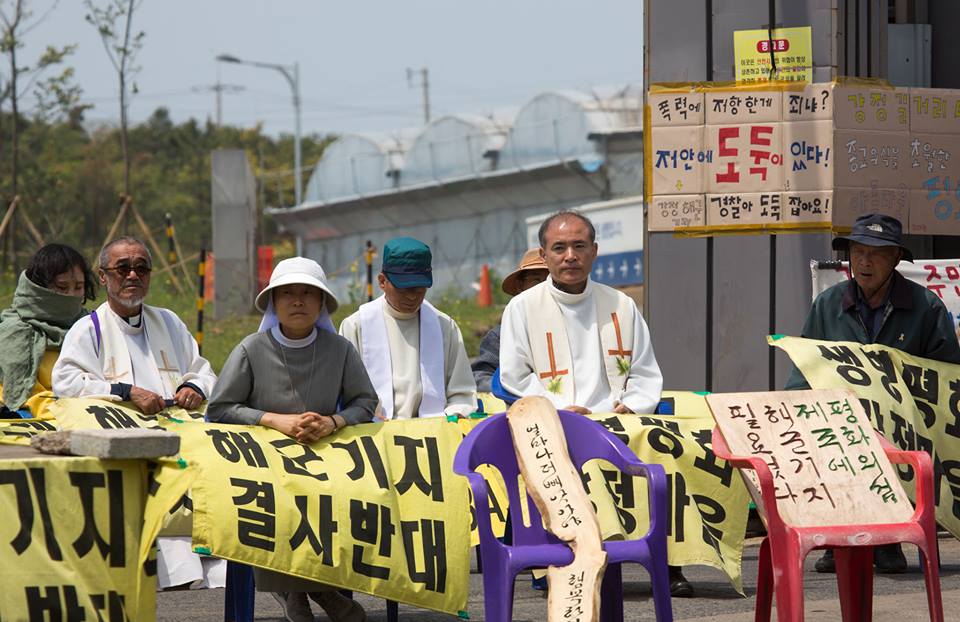 It was not easy for everybody who joined the last gate mass yesterday. Many people had tears in their eyes. Even after the mass, nobody wanted to leave, The human chain went near for one hour since people wanted to share their beautiful wishes for peace and love one another. It was also gathering of our will for continuing and making a new struggle.

2016: The Fukushima Disaster - a Serious Crime

“The Fukushima Nuclear Disaster is a Serious Crime”: Interview with Koide Hiroaki
福島核災害は明らかに深刻な犯罪である—小出裕章氏に聞く

Introduction
Koide Hiroaki (66) has emerged as an influential voice and a central figure in the anti-nuclear movement since the nuclear meltdown at Fukushima Daiichi of March 11, 2011. He spent his entire career as a nuclear engineer working towards the abolition of nuclear power plants. His powerful critique of the "nuclear village" and active involvement in anti-nuclear movements "earned him an honorable form of purgatory as a permanent assistant professor at Kyoto University."1 Koide retired from Kyoto University in the spring of 2015, but continues to write and act as an important voice of conscience for many who share his vision of the future free from nuclear energy and weapons. He has authored 20 books on the subject. Professor Kasai Hirotaka and I visited his office at Kyoto University's Research Reactor Institute in Kumatori, Osaka, on December 26th, 2014 for this interview. We believe that the contents of the interview, which offer new information about the degree of radioactive contamination and invaluable insight into Koide's ethical and political stance as a scientist, remain crucial for our critical reflection on ecological destruction, the violation of human rights, and individual responsibility. Professor Robert Stolz, the translator of this interview and the author of Bad Water (Duke University Press, 2015), provides a historical perspective on the interview in a separate article. KH

I The Fukushima Disaster and Government and Corporate Response

Hirano: How does the Fukushima accident compare with the bombing of Hiroshima or Chernobyl in its scale? What are the possible effects of this yet unknown exposure?
Koide: Let's start with the scale of the accident: It was a core meltdown involving the release of various kinds of radioactive material. Radioactive noble gas isotopes were also released, as were iodine, cesium, strontium, and other radioactive material. The noble gas isotopes have a short half-life and so at this stage they are all gone. Iodine, too, is gone. So now four years since the accident the materials that are still a problem are cesium-137, strontium-90, and tritium; really, it's these three.2
Now, as for the scale of the accident, I think it would be best to compare these three radionuclides. 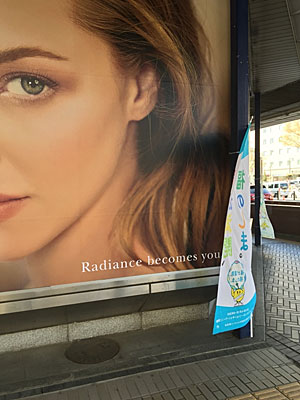 This month the media and social networks are busy remembering Fukushima on the fifth anniversary of the earthquake, tsunami and nuclear meltdown, but what we are really observing is the beginning of the work of forgetting Fukushima. Fukushima is taking its place alongside the many forgotten nuclear disasters of the last 70 years. Like Mayak and Santa Susana, soon all that will be left of the Fukushima nuclear disaster are the radionuclides that will cycle through the ecosystem for millennia. In that sense we are internalizing Fukushima into our body unconsciousness. 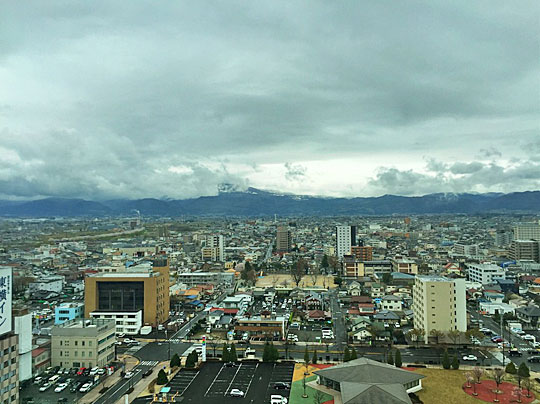 The Reconciliation and Reunification Committee of the National Council of Churches (NCCK) expresses a deep regret on North Korea’s launch of Kwangmyongsong-4 on February 7 as it will heighten on the Korean soil the arms race among super powers and eventually threaten peace and stability in North East Asia. We are also greatly concerned that in the present situation the South and the US are jumping into the decision to deploy on the Korean peninsula the Terminal High Altitude Area Defense (THAAD) and establish a KOR-US-JAPAN Missile Defense system in response to the launch of Kwangmyuongsung-4 earth observation satellite.

1. We oppose the deployment of THAAD on the Korean peninsula.

The THAAD deployment will only increase the possibility of military conflict and clash beyond the Korean peninsula, in the entire North East Asia region. China and Russia are strongly opposing the THAAD deployment with the possible establishment of KOR-US-JAPAN Missile Defense system that will follow after. The THAAD deployment will aggravate a new Cold War between KOR-US-JAPAN and China-Russia, at the same time as it may offer a beginning that will lead the whole region to war. The painful experience of the Korean War has taught us that peace and stability in the Korean peninsula cannot be achieved by force. Hence we ask that both the South and the US immediately cancel the decision to deploy the THAAD and begin dialogue with the North, China and Russia for denuclearization as well as a long-lasting peace system on the Korean peninsula.

2. We pose a fundamental question about the international society’s additional sanctions against the North.

3. We urge Park Geun Hye’s administration to stop the attempt to pass the Anti-Terrorism Act.

Peace on the Korean peninsula and stability in the North East Asia cannot be achieved through an arms race. Only dialogues, negotiations, understanding and tolerance will pave way for peace and reunification.

Since the proclamation of the “Declaration of the Churches of Korea on National Unification and Peace” in 1988, the NCCK has continuously made clear its principle of denuclearization of the Korean peninsula and the whole world. But amidst rising military tension due to North Korea’s nuclear test on January 6, we claim the following with deep concern.

1. Peace cannot be built through nuclear weapons and an arms race.

We have clearly observed through historical experiences, especially the Korean War, that peace and unification in the Korean peninsula cannot be achieved through force. The North has several times proposed that they would cease nuclear testing in exchange for the suspension of the Korea-US joint military drills, but the proposals have been ignored. The US is reacting quickly to this test as they have just flown over the Korean peninsula one of their high-tech strategic weapons: the B-52 Stratofortress, capable of delivering nuclear bombs. They are also considering

After Hak-soon Kim courageously testified on August 14, 1991 against Japan’s crime, the Japanese military “comfort women,” the first Wednesday Demonstration was held on January 8, 1992. Since then, it has been carrying on the hopeful spirit for 24 years and reached 1212th demonstration today. This weekly demonstration has become the brave voice of the victims, fight of the people hoping to accomplish human rights and peace, and a place of solidarity of people worldwide who oppose the war and demand elimination of violence against women. On December 14, 2011, the Peace Monument was erected here through solidarity participations of citizens to celebrate the 1000th Wednesday demonstration, and it vividly affirms our righteous fight. 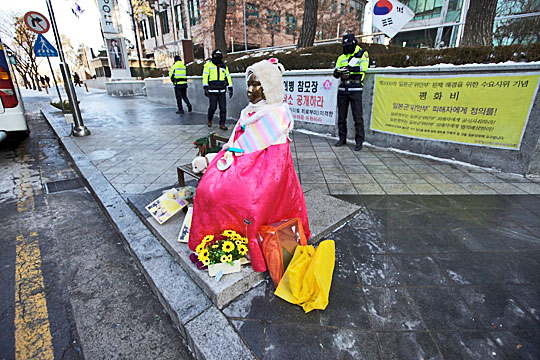