Concerning the responsibility of the Emperor of Japan 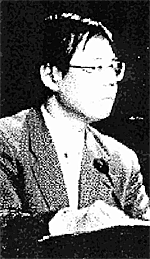 The extraordinary authority of the Emperor

Under the Meiji Constitution, the Emperor was the Head of the Empire, combining in Himself the rights of sovereignty. He solely had the authority to declare war and sign peace treaties. The respective ministers were to give advice to the Emperor and responsible for it.

Article 11 of the Meiji Constitution provided "the Emperor has the supreme command of the Army and the Navy". In other words he was to exercise the power of supreme command, himself leading and controlling the military.

The Emperor was aware of the Rape of Nanking

There is evidence to show that the Emperor was aware that the Japanese troops were committing atrocities in China at the time of the "Rape of Nanking". Prince Mikasa, who was a brother of the Emperor and an Army officer, says in his memoir that he was so surprised by the gravity of the atrocities in China that he directly told the Emperor about it. The Emperor was always very sensitive about what the foreign media was reporting, and it's highly likely that he was receiving informal reports from the Foreign Ministry and those in the close circle to him. There is evidence that at least Foreign Minister HIROTA Koki, ISHI Itaro the head of the East Asia Bureau of the Foreign Ministry, and TOKUGAWA Yoshihiro the Emperor's chamberlain, were aware.


The Field Services Code and the Amended Army Criminal Code

In 1942, the Criminal Code of the Army was amended to make rape an independent crime. The Emperor was well aware of this amendment. He often lamented to those who were in the close circle to him that the Japanese troops were very different from those in the Russo-Japanese War.

The Emperor's brother Prince Takamatsu, who was a Navy officer, made an entry in his journal at the time regarding "comfort stations". Among high-ranking officials of the Government who were close to the Emperor, quite a few were aware of "comfort stations", such as Ministers of War and Navy, and the Chiefs of Staff of the Army and Navy.

Documents related to the Emperor's involvement were burned

Much of the documents indicating the Emperor's active role in the war effort, and important military documents in a huge quantity, were burned or concealed immediately after the defeat. Today, we are in the condition to try to reconstruct historical facts based on the few remaining documents, unburned by chance or later located though concealed once.