The National Council of Churches in Korea (NCCK) has decided, as the result of the discussion with the Korean Christian Federation (KCF) last March in Beijing and of the resolution of its executive committee meeting in April 23rd, that the NCCK initiates to advocate the necessity of urgent support to people in North Korea in the situation of present critical antagonistic political arrangement on the Korean peninsula, and to mobilize its member churches' participation in it.

The NCCK calls on churches in Korea to join in this campaign and to examine the government policy toward North Korea and urges its continuous support to North Korea without any precondition.

The NCCK will prepare the Week of National Reconciliation in June including worship liturgy and encourages some churches to have a special worship service praying for people in North Korea in which General Secretary of NCCK or Chairperson of Unification Committee of NCCK explains its impending critical situation and calls on their positive participation.

The NCCK is for this time focusing on following items:

It is reported that extra 1,000,000 tons of food are needed in North Korea no matter of certain natural disasters because of its geographical feature of mountain areas for the most. This food has to be imported or supported from outside. It is the situation that any humanitarian assistance from South Korea has completely ceased because of the stringent relationship between the North and the South and 330,000 tons among the expected assistance from the U.S.A was declared to be stopped for the matter of nuclear related inspection. In addition, overseas assistances including WFP have been decreasing their amount and furthermore the worldwide increase of the cost of food production does not enable North Korea to self supply.

This situation will make lots of people to face with lack of food and getting starving when farm hardship period is coming. Especially children, pregnant women, and the elderly who are most vulnerable in the society are to be most influenced. According to WFP, children in North Korea differ greatly from children in South Korea as in the figure of difference more than 25cm in their length and 10kg in their weight. From the study research for nutrition of children in North Korea jointly examined by North Korean government and UN Fund for children, we can understand deficiency disease is widely spread and its seriousness as see in its statistic of 23.3% children in low weight, 35.9% the chronic undernourished, 7.5% the acute undernourished. It will cause problem of vicious circle downgrading National Council of Churches in Korea NCCK, Campaign to Support Children in physical growth as well as ability to study and learning quality, and it leads to difficulty for them to be leaders of new era when national reunification is upon us in future.

Therefore the NCCK initiates and takes the responsibility to let its member churches and organizations to support North Korea as well as all Korean churches to participate in this campaign. We believe it will be an important support of churches of South Korea to children in North Korea, at the same time an opportunity to urge our government, overseas churches and organizations to resume their humanitarian food assistance to people in North Korea including children without any changing political condition. 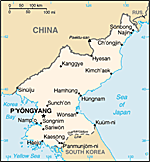