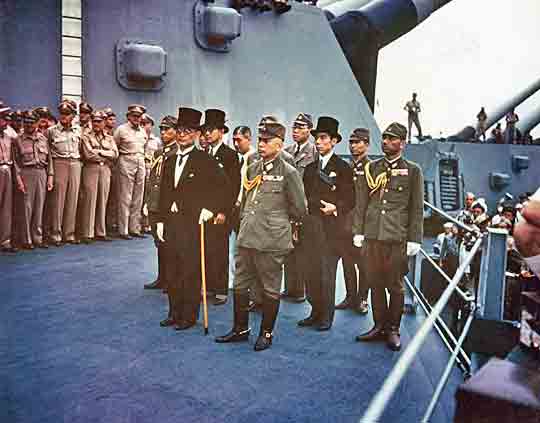 Of all the post-World War II changes in Japan, the most momentous is that it never regained the status of a genuinely independent country.

Tokyo cannot act freely by choosing what is likely to be most beneficial for itself or the region. Productive diplomacy between Japan and its neighbors is obstructed because of limitations imposed by a United States that treats Japan as if it were a protectorate rather than a sovereign country. Having followed the dynamics of the U.S.-Japan relationship for more than half a century, I can only conclude that Japan bends to American wishes because its representatives do not insist that it be treated as a sovereign state. Washington can get away with bullying Japan because it knows that national pride is not a problem with either media or political representatives. Some scrutiny of recent history makes that again very obvious.

When the prime minister of a recently elected government that ended half a century of de-facto, one-party democracy in Japan requested a meeting with a new American president to discuss how the two countries could jointly develop new approaches to regional problems, the White House and the State Department had no time for him. Democratic Party of Japan leader Yukio Hatoyama made his request no less than three times and the rebuff was handled in a scandalously undiplomatic manner. Washington made clear from the outset that it did not accept a reformist government that hoped to develop a new policy of friendship with China and new forms of regional cooperation. Ozawa Ichiro, then-secretary-general of the DPJ, had filled several jumbo jets with politicians, artists and other people of culture to visit Chinese cities as part of a campaign to improve party-to-party and people-to-people relations. Hatoyama wanted to strengthen regional cooperation with an ASEAN+3 group that included China, South Korea and Japan. Even before the elections that brought the DPJ to power, U.S. Secretary of State Hillary Rodham Clinton made clear that, no matter which party would win, there would be no change in earlier plans concerning a new base for the marines stationed in Okinawa. Secretary of Defense Robert Gates even pointedly refused to attend a banquet in his honor when he visited Tokyo in the autumn of 2009. In the meantime, State Department officials were briefing journalists who were covering Japan out of Washington with conclusions that perhaps they had mistakenly thought of China rather than Japan as the biggest source of future headaches in the region.

But regime change in Tokyo is not all that difficult: all you need is the cooperation of a segment of the bureaucracy and the daily newspapers. Since these are essentially addicted to the status quo, they can be relied on to do Washington’s bidding. Hatoyama’s Cabinet went down over the Okinawa deal after the prime minister had been misled to believe that a compromise was being prepared. At that point, and after a number of Japanese bureaucrats as well as Liberal Democratic Party stalwarts had been telling their connections in Washington not to take the new reformist government seriously, Hatoyama was pilloried by Japan’s mainstream media and portrayed as a naive leader responsible for foreign policy failure. In the meantime, an embryonic new China policy vanished to create a vacuum in which political mischief could flourish, leading to a standoff over the Senkaku Islands.

When the LDP returned to power with its ally, New Komeito, after winning a clear majority in the Lower House — with roughly the same number of votes that had brought it down in 2009 — Prime Minister Shinzo Abe was handed the difficult task of strengthening a rather precarious mandate. When you reach the top of anything, you look around to identify clearly available opportunities to make a most auspicious entry. Abe could have gone to Moscow, where Vladimir Putin was waiting to make a deal — the best Japan could ever hope to get — on the Northern Territories. Concluding such a deal and carrying it with the draft of a long-delayed Russian-Japanese peace treaty in his pocket, he could then have flown to Beijing to reach agreement in respect to the Senkakus by returning to the Zhou Enlai and Deng Xiaoping formula of dealing with the issue.

Back-channel communication held out much promise that the Chinese would have been amenable to that as well. Abe would then have been on the covers of news magazines the world over as the newly arisen statesman of Asia, and both China and Russia would have less reason to wonder with whom they are actually negotiating when talking to Japanese diplomats. Instead, Abe followed the custom of first applying for an audience at the White House. Eagerly so, because he wanted to be reassured that if it came to real blows with China there would be guaranteed American protection. Washington, likewise in character, told Abe to get in line and wait a few months because of President Barack Obama’s busy schedule.

The lopsided relationship of the two nations and Japan’s fundamental subservience, which Hatoyama had wanted to do something about, had for decades worked very well. It is unlikely that Japan would have had its proverbial economic miracle without it. Washington allowed Japan to wall off its financial system from the rest of the world, and allowed full-speed expansion of Japanese market shares in the U.S. to the considerable disadvantage of American domestic industry.

After making sure in the mid-1950s that formal government would be in the hands of one anti-left party, which it had helped bring into being and which could be counted on to stick to unspoken understandings, Washington did not get involved in domestic arrangements. At the outset of the post-World War II period, Prime Ministers Yoshida Shigeru and Kishi Nobusuke had decided that Japanese subservience along with the Japan-U.S. Security Treaty was to be provisional, something to keep in place only until the country had regained its strength. However, their successors at the top of Japan’s political apparatus never found reason to remind themselves of this. Subsequent generations of Japanese politicians had lost the ability even to imagine an independent foreign policy that would have elasticity to adjust to changing world conditions.

The advantages of subservience no longer apply today. American protection these days exists only in theory, and both the global economic and political situations have radically changed from what they were until a quarter century ago. The negligence of the Japanese policy elites as actors on the global stage is, along with that of their European counterparts, a fateful element in world affairs. Top politicians of what used to be called the “free world” have for two generations not been called upon to position themselves independently in basic foreign policy and defense matters. They have had no practice.

The world that witnessed the birth of the Cold War alliance no longer exists. Most importantly, Japan’s foreign affairs and defense bureaucrats, and politicians who make it to the U.S.-Japan interface are no longer dealing with the same country they dealt with and could manipulate to a considerable extent for decades. Some politically prominent Japanese I talk to understand that the United States has undergone a metamorphosis, and that its neocon- and liberal-hawk-scripted policies aimed at “full-spectrum dominance” do not add up to a feasible strategy. To think that the United States can ensure global political security today is ludicrous. But tenacious habits of thought, solidly embedded institutions and inexperience continue to characterize the non-American part of what was once called the “free world.”

Meanwhile, the fact that the United States has by proxy been looking after those things by which a state is internationally known has helped preserve the mostly capable administrative core of the Japanese state without effective means for political decision-making — the much-commented upon “absent steering wheel.”

Edwin Reischauer once told me that what I identified as a weakness in Japan should be seen as a good thing “because such a political center would not have been up to much good anyway.” This illustrated a post-World War II tradition of condescension among American officials dealing with Japan. Joseph Nye and Richard Armitage, two people who concern themselves most noticeably with U.S.-Japan relations, illustrated this again with a recent report in which they encourage Japan to become more mature by heeding American instructions.

Washington clearly sees Japan as an asset in its full-spectrum dominance gambits in the Western Pacific, the so-called Asian pivot — hence the need for constitutional revision. Nevertheless, it still nurses a lingering belief that it must also function in a role comparable to a parole officer on guard against downsliding to 1930s thinking. Japan must not step too far to the right, with more than a minimum of Yasukuni Shrine visits and denial of committed war crimes.

Abe wants to slalom between those two markers. The policies he stands for fall into two categories that do not sit together well. He appears most interested in re-creating a Japan that has only ever existed in right-wing imagination, one of harmonious living in which young people are polite and everyone properly shows love for their country. At the same time, however, he wants to make Washington happy with secrecy laws, constitutional revision and a tighter rein on the media.

When compared to the United States and the European Union, the Japanese situation gives perhaps more reasons to nourish positive expectations. There is no plutocracy in Japan that forces neoliberal arrangements down the throats of the population. There has been no great transfer of wealth from the middle reaches to the top of society. Japan’s economic bureaucrats and business federations are not in the first place in the business of self-enrichment; their incentives are still shaped by the idea of national industrial strength and prowess.

But Japan is likely to suffer from its failing to act in response to the great changes the world has undergone. Unlike what Japan’s foreign affairs and defense bureaucracy still appear to believe, the continued existence of North Korea is not an extension of Cold War conditions. North Korean aggression, were the rulers of Pyongyang so suicidal to indulge in it, would not be supported by either China or Russia. North Korean hostility has on its own become a separate political reality, demanding an entirely new diplomatic approach. The marines on Okinawa are not there to defend Japan. They function as an attack force to be used in the Middle East or Central Asia. Strictly speaking, they are there in violation of the U.S.-Japan Security Treaty, which stipulates that the leased bases must be used for defending Japan. Any disturbance triggered by developments in Pyongyang will have to be dealt with in the first place by South Korea and China. Hence a Japan serious about any potential threat from North Korea should work on deepening relevant diplomacy with them.

In the immediate future, Japan may miss the boat in connection with the vast Eurasian infrastructural developments, including high-speed rail connections across Siberia linking Chinese coastal cities directly with ports in Europe (which promises to become the heaviest traveled trade route in history). In the longer term, a Japan that allows itself to get entangled in America’s full-spectrum dominance scheme can only invite disaster upon itself.

Karel van Wolferen is a Dutch author who has published more than 20 books on public policy issues, including the best-selling “The Enigma of Japanese Power.”
Related story: Growing influence of Japan Conference reflects resentment at Tokyo’s postwar settlement with Washington