Outline of the work:

In 1963, Akira Satake submitted his doctoral dissertation, Die Gemeindeordnung in der Johannesapokalypse (published by Neukirchener Verlag in 1966), to the University of Heidelberg. He then continued his close study of the New Testament, particularly of The Revelation of John (referred to below as Revelation) and published the results of his work in both Japanese and German. On the basis of his researches, he has recently published the following: Die Offenbarung des Johannes (Göttingen: Vandenhoeck & Ruprecht, 2008) (a one-volume commentary on Revelation in German) and Yohane no mokushiroku (Tokyo: Shinkyo Shuppansha: Vol. 1, 2007; Vol. 2, 2009; Vol. 3, 2009) (a three-volume commentary on Revelation in Japanese).

Yohane no mokushiroku, is more than just a Japanese translation of Die Offenbarung des Johannes as it includes material left out of the German edition for reasons of space, as well as the fruits of almost two further years of study. Because of its international character, however, Die Offenbarung des Johannes was chosen as the principal subject of examination for this prize.

Die Offenbarung des Johannes was published as the 16th volume in the series called Kritisch-exegetischer Kommentar über das Neue Testament, which is widely considered, not only in Germany but throughout the world, to be the most authoritative series of commentaries on the New Testament so far produced. The series emerged as the outcome of the critical and historical approach to Biblical studies that has rapidly developed since the 19th century. Among the authors included in the series are such world-famous New Testament scholars as Rudolf Bultmann, Martin Dibelius and Hans Conzelmann. Recently, a new edition of the series has begun to appear. Naturally, most of the authors have been Germans, but there have been some exceptions: one is English and another is Norwegian. Satake was the first Asian to be asked to contribute to the series. This indicates the extent to which his scholarly work had already been highly evaluated in the international arena.

Die Offenbarung des Johannes consists of two parts. Part One (Einleitung) deals with such basic questions as who the author of Revelation was, where, when and why the work was written, how it was formed and what its theological concepts are (Vol. 1 of the Japanese version). Part Two (Auslegung) is a detailed text-critical, literature-critical study of the chapters and paragraphs of the text (Vols. 2 and 3 of the Japanese version). Critically re-organizing the history of the studies of Revelation from the 19th century onward, this is an ambitious work that presents from a comprehensive standpoint an integrated survey of the literary and conceptual aspects of Revelation.

As is generally expected of a commentary, the diction, concepts, and traditional materials (taken mainly from the Old Testament) employed in Revelation are meticulously clarified, but even greater attention is paid to elucidating what the author (John) himself is trying to say by using these means. Hence the structure of Revelation as a whole, as well as that of each unit, is analyzed with great care and each of the authors revisions of traditional materials to suit his purposes is closely examined. Many modern commentators have already attempted this but Satake is more thorough in his investigation, and so has made it possible to illuminate further the authors intentions.

Building up the work of exegesis of every unit, Satake presents views that go beyond previous knowledge in the following areas: (1) the life of the author, (2) the social background of the period and (3) the characteristics of the theological concepts expressed in the work.

(1) The author was originally a Jewish apocalyptist who emigrated from Palestine to Asia Minor at the time of the First Jewish War (66-70 AD) and who, having converted to Christianity, became a Christian apocalyptist. He edited himself what he had written during his pre-conversion period and the post-conversion period and is therefore to be considered the sole author of Revelation.

(2) The work of editing was carried out towards the end of Emperor Domitianuss reign (81-96 AD). In thelettersthe author sent at this time from Patmos Island to Asia Minor (Revelation, 2-3), however, there is no trace of the Emperors direct persecution of the Christians. What can be inferred instead are the critical actions of the Diaspora Jews in Asia Minor against the author and against the churches he founded in the area. Having adjusted to Hellenistic-Roman society, the Jews were able to maintain a relatively high social status. The critical actions were directed against the churches which were socially uncompromising because the faithful, under the authors influence, believed in apocalyptic Christianity. On the other hand, with regard to the fraction of people in his churches who tended to compromise with the secular world, because of their belief in a so-called realized eschatology, the author tells them to lead an ethical life so that they will be fit to enter the Divine World, emphasizing that the end of the world will come before long.

(3) The greetings of the author to his people at the outset of Revelation (1: 5-6) follow the early Christian tradition, which considers that Christs death atoned for the sins of man. Hence many preceding studies have regarded the so-called faith in atonement to be central to the Christology and Soteriology of the author. But having examined every instance where the concepts of sin, the lambs blood, and so forth are used in Revelation, Satake concludes as follows: the understanding of Christs atonement through His death is not crucial to the author; salvation signifies to him liberation from the various pressures of the outside world; the problem of the liberation of mankind from his innermost sins, as can be found, for example, in Pauline theology, is not much on his mind; Christ is considered a Savior because He opened a way to eternal life through His own death and made eternal life possible also for His followers; hence, in response to this, it is essential for a man to be faithful to Christ unto death in order to be saved.

Satakes historical and critical study of Revelation that has resulted in these voluminous commentaries in German and Japanese succeeds to the heritage of Biblical studies and yet critically goes far beyond them. Because of the authors unprecedented academic accomplishments and strikingly original viewpoints, this study has been judged worthy of receiving the Japan Academy Prize. 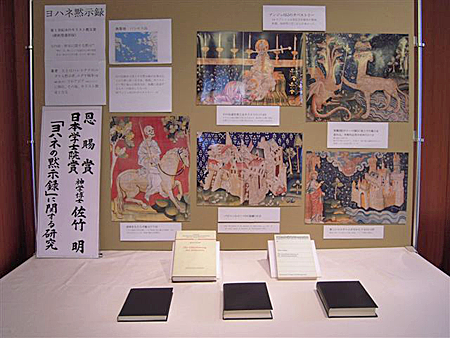 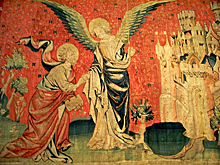 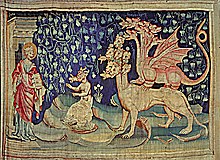 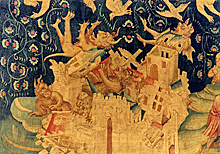 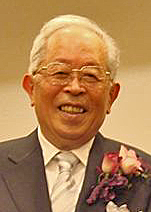