2018: On Opening the Ryukyus to Perry

Abstract
In this article I seek to show that, while the Ryukyu shobun refers to the process by which the Meiji government annexed the Ryukyu Kingdom between 1872 and 1879, it can best be understood by investigating its antecedents in the Bakumatsu era and by viewing it in the wider context of East Asian and world history. I show that, following negotiations with Commodore Perry, the bakufu recognized the importance of claiming Japanese control over the Ryukyus. This study clarifies the changing nature of Japanese diplomacy regarding the Ryukyus from Bakumatsu in the late 1840s to early Meiji. 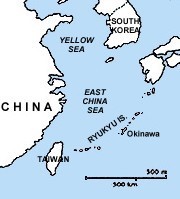