* Hachinohe Konakano Church
One member lost the house by the tsunami.

* Shinsei Kamaishi Church (Cf. The first three photos as attached.)
A team of an NGO "Crash Japan" came to the church and rearranged everything inside.

* Ishinomaki Eiko Church
The death of a member is confirmed.

* Sendai Kawadaira Church
One member lost the house by the tsunami.

* Sendai Higashi Church
The church has hosted fifteen refugees, both members and non-members.

* Miyagino Aisen Church
The church has hosted sixteen refugees, but has no more food available. 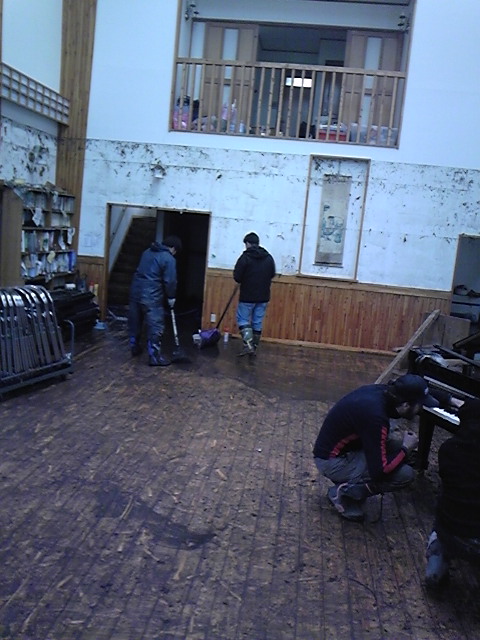 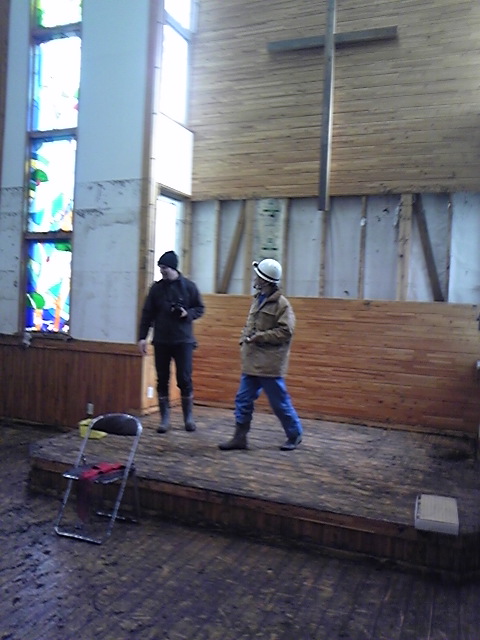 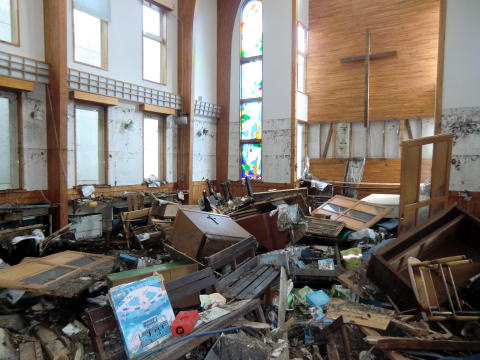 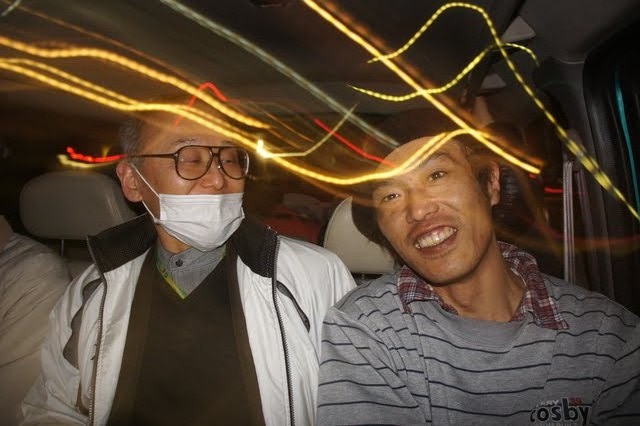 2. The story of the tsunami survivor (Cf. The fourth photo as attached.)

The survivor spent the night on the roof of a three-story building while snowing. The Kyodan team of four pastors gave him a ride from the coast area to Sendai City on Monday, March 14.
No wonder his colleagues bursted into joy when he arrived at his company, because his presence had never been confirmed before. 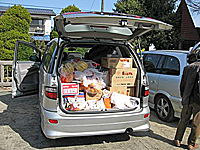 They left Tokyo in the early morning of Sunday, March 13, attended the Sunday morning service on the way at UCCJ Tokamachi Church in Niigata prefecture, bought relief food & goods, and finally arrived at Tohoku District Center in Sendai late in the evening. On Monday, March 14, they visited eight churches around Sendai city, escorted by Rev. Takahasi, UCCJ Tohoku District moderator. Due to the food shortage, they ate no more than some small pieces of banana on Monday before returning to the Tohoku District Center late in the evening.

They found that the major damage was caused not by the earthquake itself, but by the tsunami. The city of Ishinomaki was annihilated along the coast by the tsunami. The church building of Ishinomaki Eiko Church was OK, but the tsunami reached its garden. Rev. Suzuki, senior pastor of Ishinomaki Yamashirocho Church, was caught by the tsunami. The water covered his body to the breast level, but survived. He was safe and encountered the UCCJ team by coincidence on the mountain ten minutes (on foot) away from the church. The shortage of water was prevailing, and their distribution of drinking water was literary welcomed with tears. The gasoline was one of the scarcest resources. 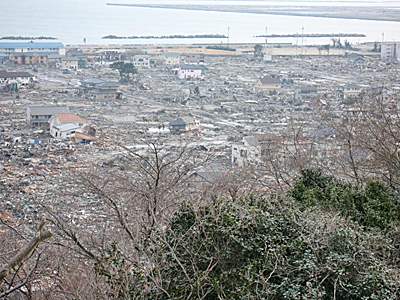 Ishinomaki City, viewed from the mountain, only ten minutes on foot from Ishinomaki Yamashirocho Church 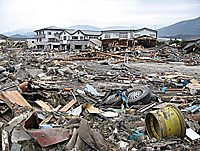 They found UCCJ pastors safe after the disasters. But the local pastors had hard time contacting with their church members, since the telephone system was largely down.
Upon return of the team, the UCCJ Executive Council's Executive Committee will take place on Tuesday, March 22, and will try to form the actual relief plan.
In the meanwhile, the PCT representative, Rev. Ng Tiat-gan (Huang Che-Yen), program secretary on church and society, flew all the way from Taiwan, visited the UCCJ office and handed the PCT relief donation. The PCK dispatched Rev. Lee Seung Youl and others from the Department of Social Service Ministry to Tokyo, and visited the UCCJ office, too, on Wednesday March 16.

Giving ride to a Tsunami survivor - Sendai Higashi Church as refuge. The UCCJ appreciates your prayer. 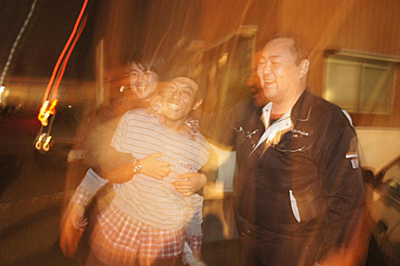 The survivor joins his colleagues 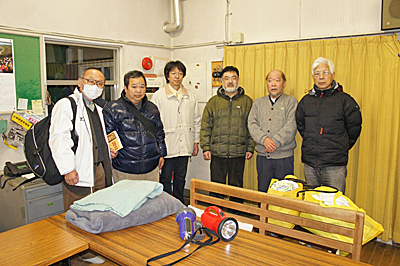