The People's Police:
The Tokyo Police Museum's Version of History

Introduction
A bright orange character stands at the entrance of the Tokyo Police Museum. Arms outstretched to welcome visitors, “Piipo-kun” embodies the ideal of the Tokyo Police as the people's police; resembling an anthropomorphized mouse, he has big eyes, big ears, and an antenna sprouting from his head.1 The Tokyo Metropolitan Police adopted this fantastical mascot character in 1987.2 An explanatory placard notes that Piipo-kun's large eyes see into all corners of the world, his big ears catch the voices of the city's residents, and his antenna allows him to tune into all the movements in society. "Piipo," is a combination of the English words "people" and "police;" he is a manifestation of the contemporary ideal of the "people's police," in which the "people" and the "police" are melded. All human activity is subject to his control (visual, aural, and even antennal). He greets museum visitors with open arms just outside the entrance. Piipo-kun suggests a completely benign police subject, open and in touch with the local population.3  ...

Please, klick here for the pdf. 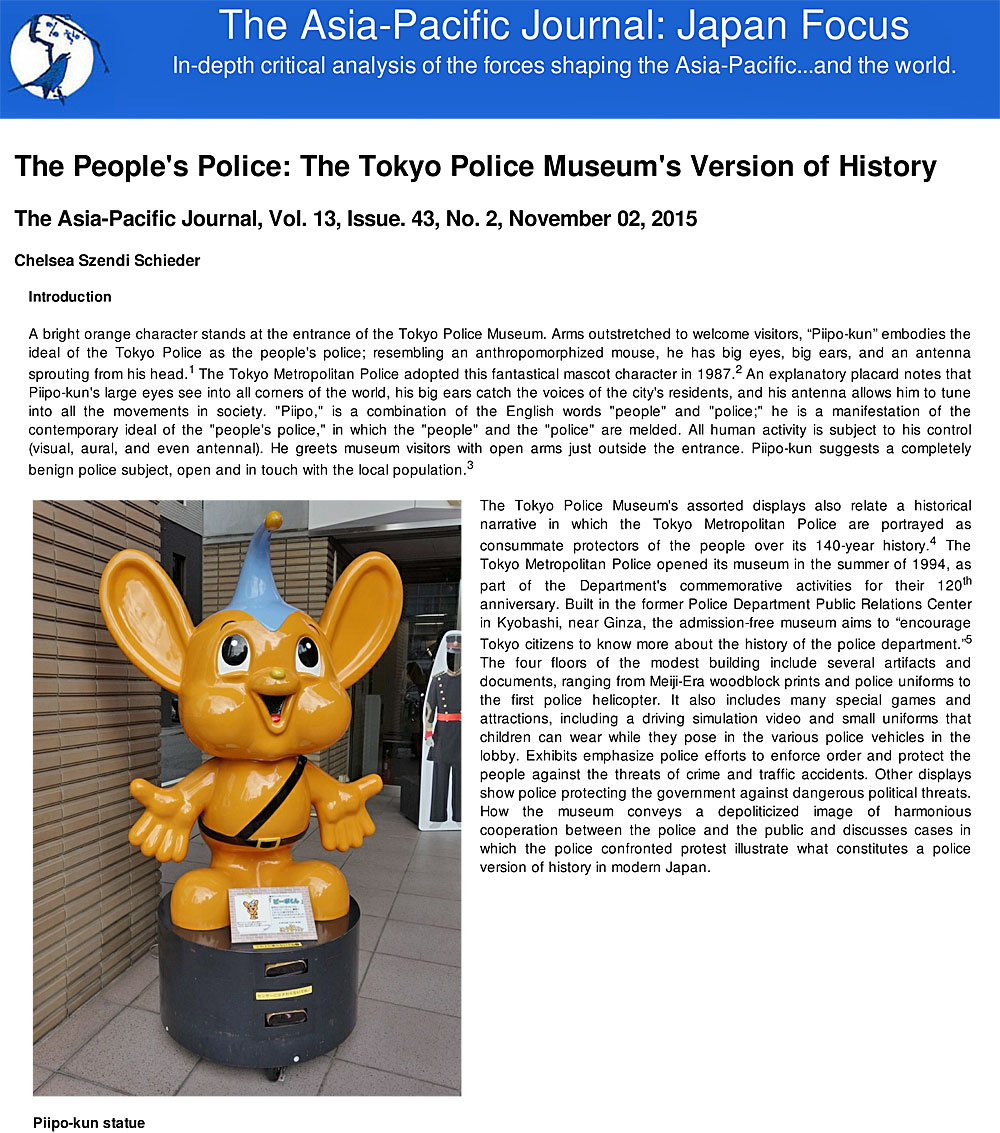