Mobilizing Death in Imperial Japan:
War and the Origins of the Myth of Yasukuni

Yasukuni Shrine: History, Memory, and Japan’s Unending Postwar (...) examines key moments in the one-and-a-half-century history of Yasukuni Shrine, beginning with its conceptualization in the late Tokugawa years and culminating in the political turmoil of the twenty-first century. I decided to write a book on the history of the Shrine for a seemingly counter-intuitive reason: there is too much attention on this monument—political attention, that is.
Yasukuni Shrine remains one of the focal points in the domestic and international debates on how Japan remembers and acts on its wartime past. In the ongoing debates, Yasukuni Shrine has come to take on a singular presence—an institution that represents Japan’s unresolved war crimes. Critics of the shrine argue that Yasukuni Shrine signifies Japan’s desire to return to the military-driven expansionist state that it was during the Asia-Pacific War. Supporters contend that it is a memorial for those who died for the nation. 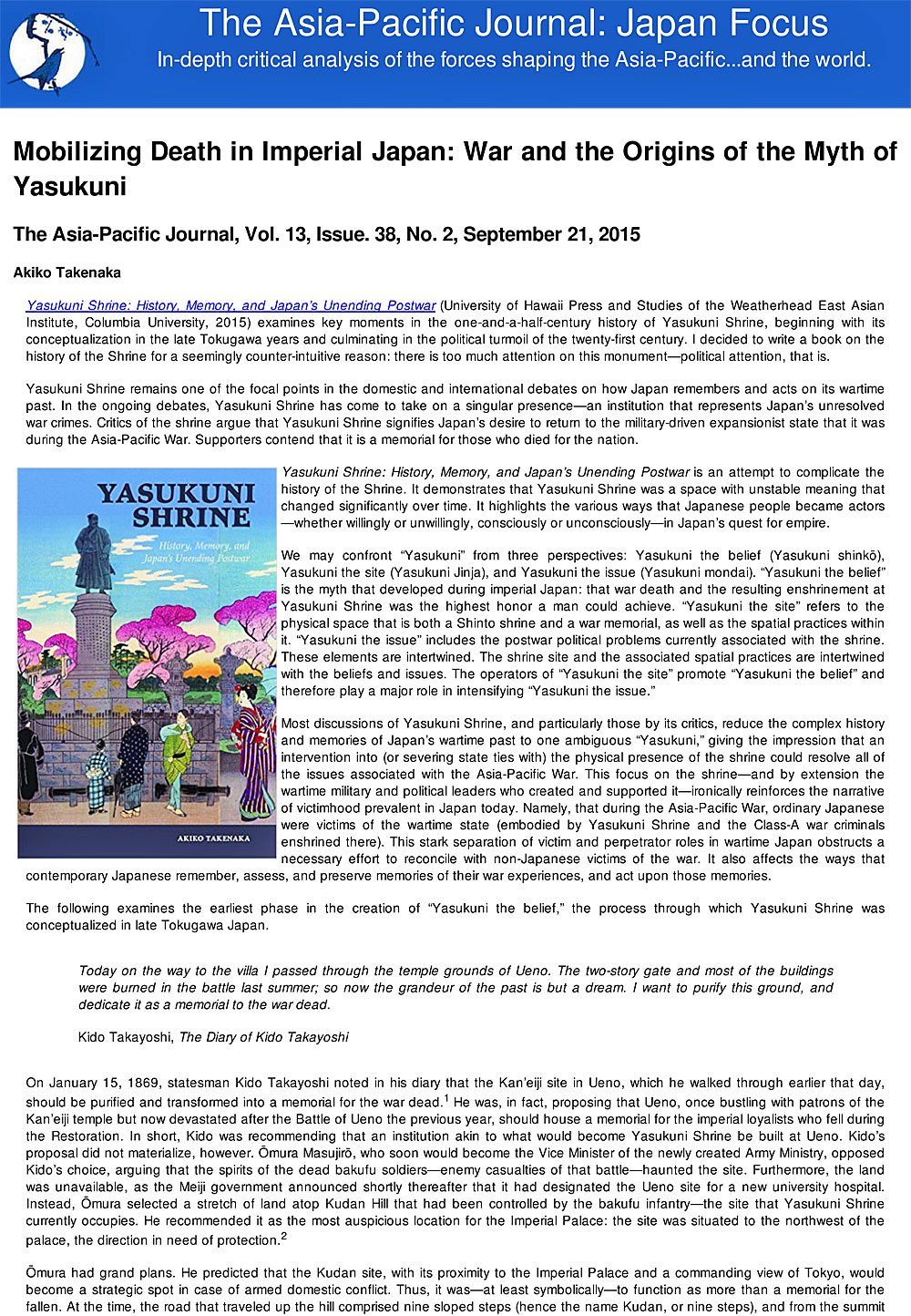