At the protest rally at Henoko on 21 March (2,500 people in front of Camp Schwab protesting the Pentagon and the Japanese government's plans to build a new Marine Base in Oura Bay) there were four or five Marines up on the hill across from the gate with cameras and walkie-talkies and armbands, observing and recording the event. Clearly they were not there out of personal curiosity, but doing a job. Perhaps it was hoped that their presence would strike a Big-Brother-is-Watching-You fear into the hearts of the protesters, but if so, it was not working. 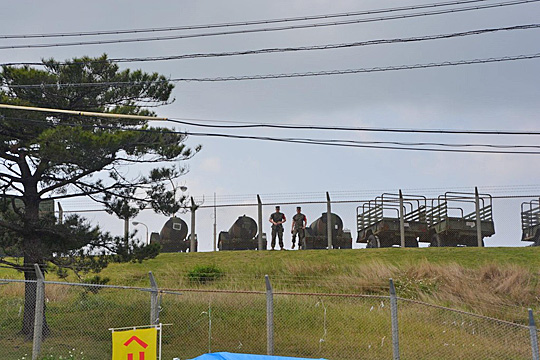