Urgent Appeal by Nobel Prize Laureate OE Kenzaburo and 20 other leading Japanese intellectuals calling for the immediate suspension of construction of the US military base at Henoko, Okinawa. 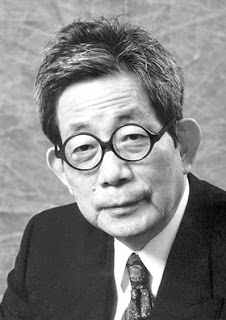 
Urgent Appeal by Nobel Prize Laureate OE Kenzaburo and 20 other leading Japanese intellectuals calling for the immediate suspension of construction of the US military base at Henoko, Okinawa.

The Abe government, nevertheless, is aggressively pressing ahead with land reclamation, using as justification the Public Waters Reclamation Accord signed by the previous governor Nakaima, who late in 2013 reneged on his election manifesto. The outrageous conduct of the national government is an act of violence that insults the will of the Okinawan people and destroys the foundation of democracy and regional autonomy in Japan.

The new governor has decided to establish an “Independent Committee on Procedures Involved in the Public Waters Reclamation Accord with Regard to the Construction of a Replacement Facility for the Futenma Airfield” (henceforth “Independent Committee”) to begin investigating whether there were any legal irregularities in the procedures undertaken by the previous governor NAKAIMA Hirokazu in concluding the Public Waters Reclamation Accord. In other words, there is a real possibility that the legitimacy of the reclamation accord, or the environmental assessment upon which it rests, may be stripped away. For the government of a purportedly democratic nation, the obvious course of action should be to suspend landfill operations at least during the period of investigation.

Governor Onaga announced a new decision on March 23. He ordered the Okinawa Defense Bureau to halt all operations, including boring exploration. In the event that his order is not carried out, he is considering rescinding the permit allowing coral reef shattering along the Henoko coast. If the government continues to insist on aggressively pushing ahead with construction, we fear not only a serious confrontation with the people of Okinawa prefecture and the fomenting of mistrust toward the mainland, but also the collapse of trust toward the nation of Japan inside the country and abroad.

We hereby declare our support for Governor Onaga’s position rejecting base relocation and our full support for his decisions pertaining to the order to suspend operations and to rescind the permit allowing reef shattering. We urgently call upon the government to heed the following requests:

The Japanese government should immediately suspend all operations relating to Henoko land reclamation [landfill], including boring exploration of the sea floor. The “Land Reclamation Accord” concluded by former Governor Nakaima, which the government uses as the basis for such operations, has been repudiated by the people of Okinawa prefecture.

Recently, the Japanese government has refused even to meet with Governor Onaga who represents the collective will of Okinawa. Such refusal repudiates regional autonomy guaranteed under the Japanese constitution and violates the spirit of democracy. Respect for the will of the people forms the basis of democracy. The government should accede in good faith to Governor Onaga’s request for a meeting and participate in serious talks about the issues at hand.

We call upon the Japanese government to put into practice its own slogan of “Regional Creation” by transferring to Okinawa Prefecture the actual authority to resolve issues connected to military bases and the construction of an autonomous economy.

The Minister for the Environment has a responsibility to provide appropriate commentary from a standpoint of environmental conservation with regard to the contents of the Environmental Impact Evaluation Report on reclamation operations for the construction of the American military base at Henoko. According to the Environmental Conservation Guidelines for the Island of Okinawa, Henoko and surrounding coastal regions in particular, designated as “zones for evaluating the strict preservation of the natural environment” (Rank 1), are precious bodies of water inhabited by numerous endangered species, not least of which is the Dugong. There is an extremely high risk that the artificial destruction and modification of natural formations will bring about absolute irreversible damage from which the island cannot recover. We urgently call upon the Minister for the Environment to carry out the solemn duty of preserving the beautiful Okinawan sea, a candidate for selection as a World Heritage Site.

Frustration and anger at a situation in which 74% of US military bases are forced onto Okinawa, which comprises only 0.6% of Japanese territory, underlie the determination of the people of Okinawa prefecture to oppose the construction of a new base at Henoko. We call upon Japanese citizens to squarely face this situation, which may be said to be a form of structural discrimination; and urge that all Japan should include this burden in considering issues of Japanese security.