On 6 November 2014, marking the one year since the Korean government officially requested for dissolution of the Unified Progressive Party (hereafter the UPP), a total of 139 important figures including the distinguished elders in politics and society from in and out of Korea gathered for the first time to hold ‘the roundtable meeting for the protection of democracy and against the forced dissolution of the UPP.’

The roundtable was initiated by the respected 10 Korean elders (Kim Sang-geun, Kim Jung-bae, Dobeop, Park Sun-kyeong, Oh Jong-ryeol, Lee Soo-ho, Lee Chang-bok, In Jae-geun, Choi Byeong-mo, and Hahm Se-woong) on 20 October and has been participated by more than 100 people. Outside of Korea, 25 people joined the roundtable, including Prof. Michel Chossudovsky who is also famous in Korea for his book The Globalization of Poverty and Ramsey Clark, the 66th U.S. Attorney General.

At the roundtable meeting, the participants stated a declaration for protecting democracy in Korea and criticized that “the Park Geun-hye administration’s requesting for dissolution of the UPP is no less than an act of undermining the political pluralism and the nature of democracy.” In addition, they highlighted that “the Republic of Korea is now at a very important crossroad of protecting the spirit of its Constitution of a democratic republic or going back to the era of darkness where the political pluralism is denied and the nature of democracy is undermined” and “that is why we are against the forced dissolution of the UPP, regardless of our support for the Party’s political position or not.” 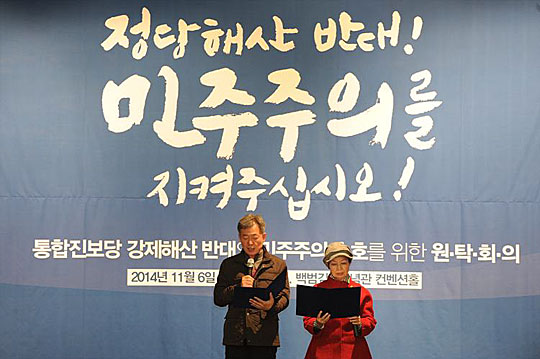 The participants of the roundtable meeting demanded the Korean government to “immediately withdraw its request for dissolution of the UPP” and “stop any measure which can be misread as repression against political dissents and take initiative in protecting the democratic constitution.” They also requested the Constitutional Court to “dismiss the government’s request as the existence and success or fail of a political party should be decided by the people, the voters” and expressed their expectation for the Constitutional Court to “take a leading role in protecting democracy based on the political pluralism.” In conclusion, they declared that “the task to guarantee a democratic politics should not be only upon the members of the UPP, but the entire people who are the sovereign of the Republic of Korea should be responsible for. Moreover, it was our people’s blood and sweat to establish the present democratic system breaking through the violent repression of the severe military dictatorship as a driving force” and sincerely appealed to the people to “work together in protecting democracy.” 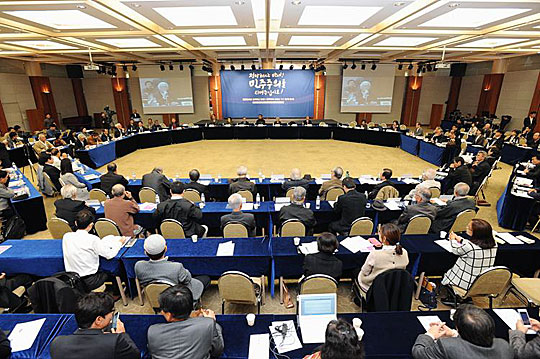 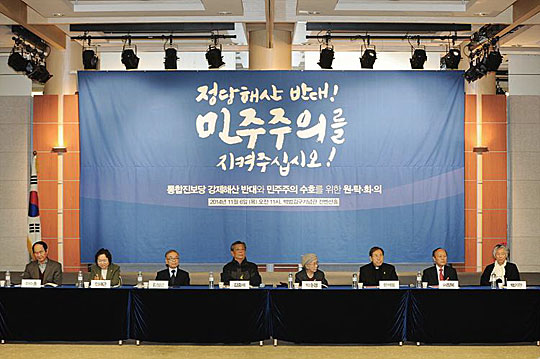 The Highlights of the Participants’ Remarks

“If the insurrection conspiracy charge, the main charge of Rep. Lee is found not guilty, the insurrection instigation charge should not be considered significantly as it is non-essential. However, Rep. Lee was sentenced to 9 years of imprisonment. Moreover, the government requested for forced dissolution of the UPP, linking the Party with the trial. It is a retreat from democracy. I believe more people with consciousness should join their hands and resist the people in power aiming to distort history with slanderous allegations. We need to put all of our efforts in protecting the UPP and getting the acquittal of Rep. Lee’s charges.”

I am really concerned over the arrested seven people including Rep. Lee Seok-ki and that’s why I have been working for them. I am sorry we couldn’t stop last year’s insanity. Representatives of the Democratic Party (the present New Politics Alliance for Democracy) kept silent among the blow and failed to dismiss the bill to arrest the incumbent lawmaker Lee. Today, a year later, we begin to come back to our senses. Not only us, but also many people of good will in the Democratic Party should redress the mistakes, establish democracy, and break the illegitimate regime which took power through illegal election manipulated by the government. I expect to see more people have concerted will for the members and colleagues of the UPP, who are the biggest victim and for a democratic community based on diverse thoughts.¡±

Kim Jung-bae (Former CEO of Munhwa Broadcasting Company)
“I came here today with my commitment and awareness that it is critical time to usher in a new era of democracy. Now we are observing the desperate anti-democracy process. What is being liquidated and dissolved today is not authoritarian dictatorship or injustice, but democracy, justice and humanism, that is my understanding. We should not be complacent with the naïve democratization discourse of the past, but should form a new frontline for democracy. At the center of the vortex is dissolution of the UPP. I joined as an initiator to contribute even my small power to moving forward.”

“I have never voted for the UPP or its candidates in any elections. However, I didn’t hesitate in joining as an initiator for this roundtable meeting. Rather, I was pleased to join. It’s because, first, I understand Korea’s democracy is facing a serious crisis of life and death if we fail to save it right now. Second, the measures behind the government’s attempt to dissolve the UPP, which were used in the dictatorship era by the ruling power, should be stopped. Third, we should consolidate our solidarity against the ruling power’s plan to divide us. Political parties should hide. Civil society organizations and democratic powers should not back down. We have to work together to block and break such crude attacks and protect democracy. Let’s stop the forced dissolution of the UPP by the judicial power. Let’s establish the foundation of democracy. Let’s make them suffer from the thorn of democracy.”

Rep. In Jae-geun (Member of the Emergency Measure Committee of the New Politics Alliance for Democracy)

“I am here today to protect democracy. The democracy fighters become neurotic to and weakened whenever the Jongbuk (followers of North Korea) or the Reds discourses are used. Last year we were in such situation and we made a mistake, I believe. I stated the same remark at a meeting of the Emergency Measure Committee of my party. The forced dissolution of the UPP is challenge to democracy.”

“As a worker and a teacher, I think being here together is my obvious obligation. Please help the workers and the people come together. I will also commit myself to that.”

“I will continue to do my best in stopping this crazy wind, joining hands with you even in a small way.”

“We have been focused on democracy argumentation in opposing the attempt to dissolve the UPP. It is more than natural. However, now we need to diversify our key argumentations further. When it comes to core values of Korean society, there are also the people, peace, reunification, and social justice in addition to democracy. The Democratic Labor Party and later the UPP has been the only political party fully advocating for not only democracy but also these core values and norms. If the UPP is dissolved, I believe, it will not only destroy democracy, but also lead peace, reunification, people, and social justice to bankruptcy. Therefore, I think we should approach diverse organizations working on these core values more aggressively and extend our key argumentations to peace, reunification, people, and social justice.”

Shin Seung-cheol (Chairperson of the Korean Confederation of Trade Unions)

“We have to take this crisis as an opportunity to cooperate for solving the different social issues facing us. I hope to see the elders work together with popular organizations.”

“If the UPP is forcefully dissolved, it will create one more taboo in Korean society. In terms of human rights, it will undermine the freedom of expression. We are in severe danger. We have to build our concerted opinions. It will be helpful to fully use the acquittal of the insurrection conspiracy charge in the court.”

“The request for forced dissolution of the UPP is defining the entire history of Korea’s progressive politics dating back to the days of the Democratic Labor Party as unconstitutional. It is an attempt to prohibit the association and assembly of those who have been dedicated to self-reliance, democracy, equality, and reunification. It is not limited to depriving the political rights of a few progressive figures or members of the UPP. It is depriving workers, farmers, and working class people of their small but inherent constitutional rights to express and realize their political demands through the UPP from the root. Therefore, I fully engage myself in responding the request in the name of mission to protect the political fundamental human rights. I will fulfil my mission to prevent the outdated blade of division from violating the fundamental rights of the people, by dismissing the request for dissolution of the UPP. I keenly realize that we have failed to have the true unity in progressive politics and disappointed you due to division in us. I am confident we can overcome this crisis if we have support from many. I will humbly dedicate myself to the unity of progressive political powers and democracy.” 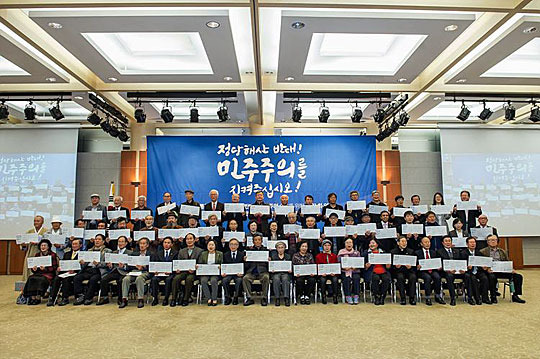 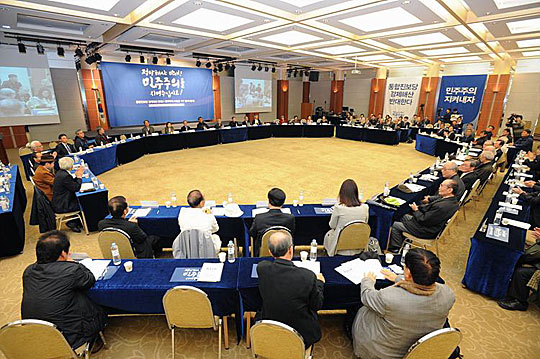 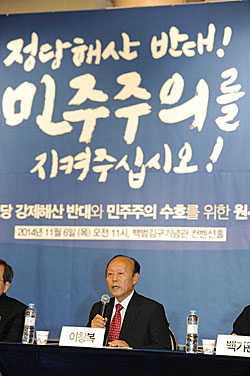 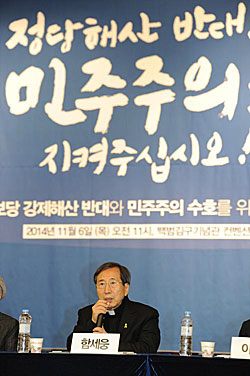 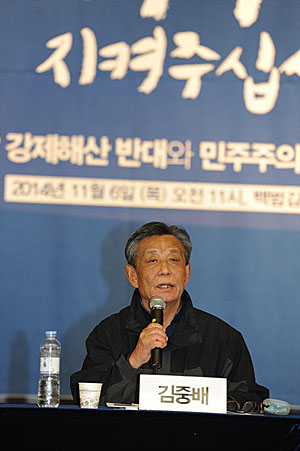 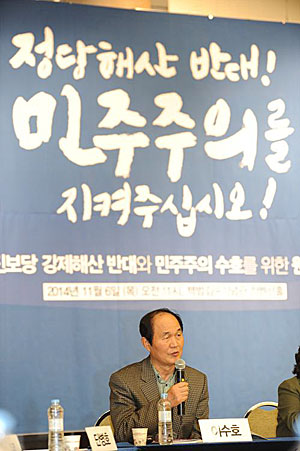 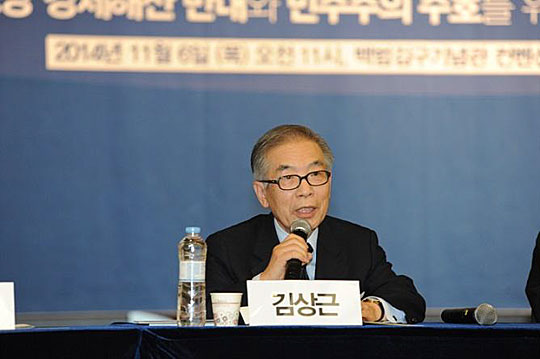 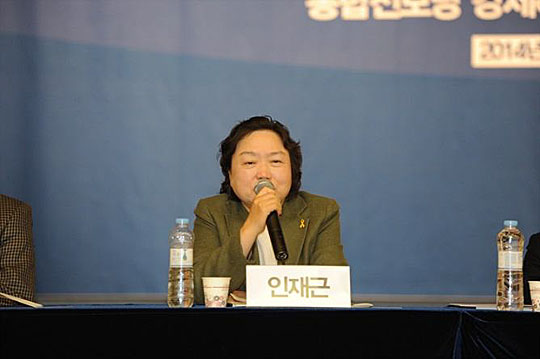 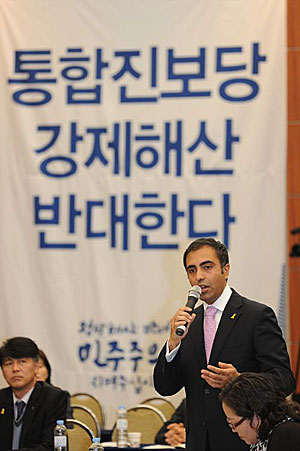 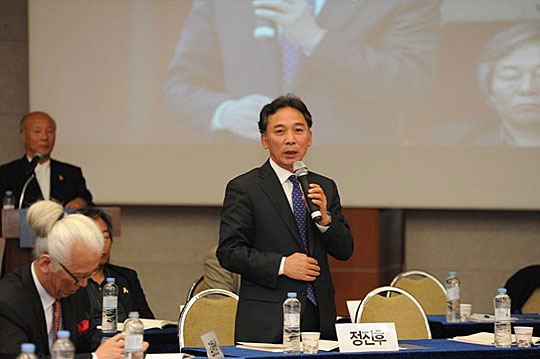 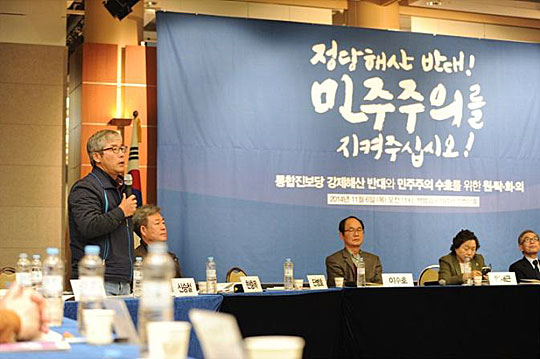 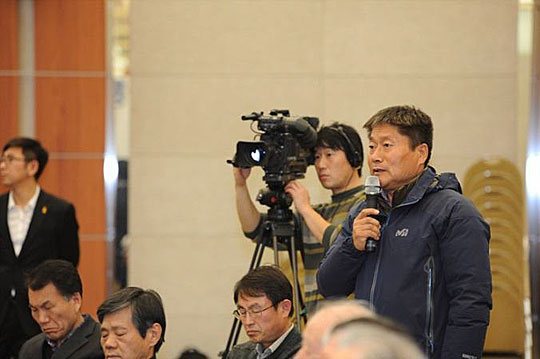 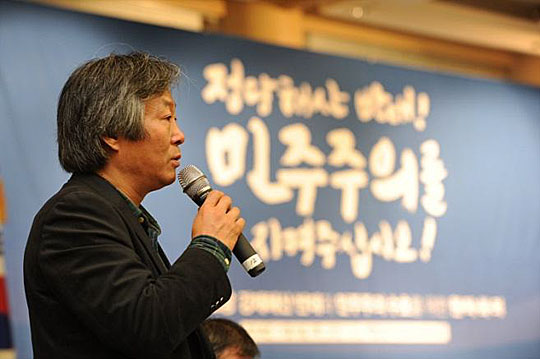 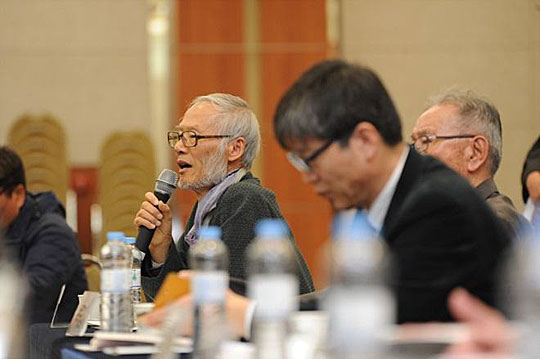 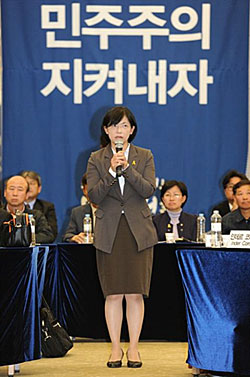 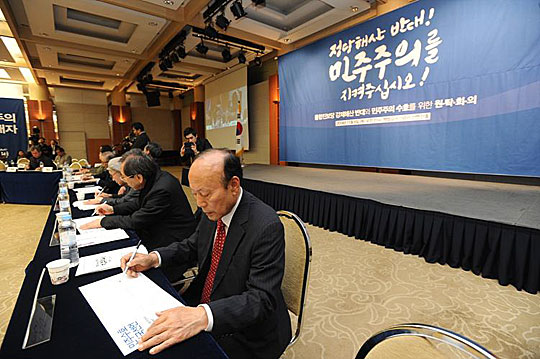 To continue reading to full report go to pdf-file.