"When a very strong earthquake (magnitude 9.0) hit the Pacific ocean side of the northeastern part of the main island of Japan on March 11th (3.11) 2011, the accompanying huge tsunami wiped out many communities along the coast. Close to 20,000 people lost their lives, mainly due to the tsunami. Many who were stripped of their homes and livelihood continue to struggle to recover their ways of life.
One of the most disastrous results of the quake/tsunami was the devastation at the Fukushima Dai-ichi Nuclear Power Plant (Fk-1) of the Tokyo Electric Power Co (TEPCO). The plant is known in Japan as Fk-1 (Fuku-ichi). It released an enormous amount of radioactive material. Its effects on living organisms have already begun to be felt in many ways, though it’s been only four and a half year[s]. It may, however, be premature to make a judgment as to the degree of disaster, in light of the fact that the after-effects of the Chernobyl accident of 1986 are still unfolding.
This article discusses some prominent features of the current situation (as of August 2015) in the aftermath of the Fk-1 accident. ..."

Go to the pdf-file: 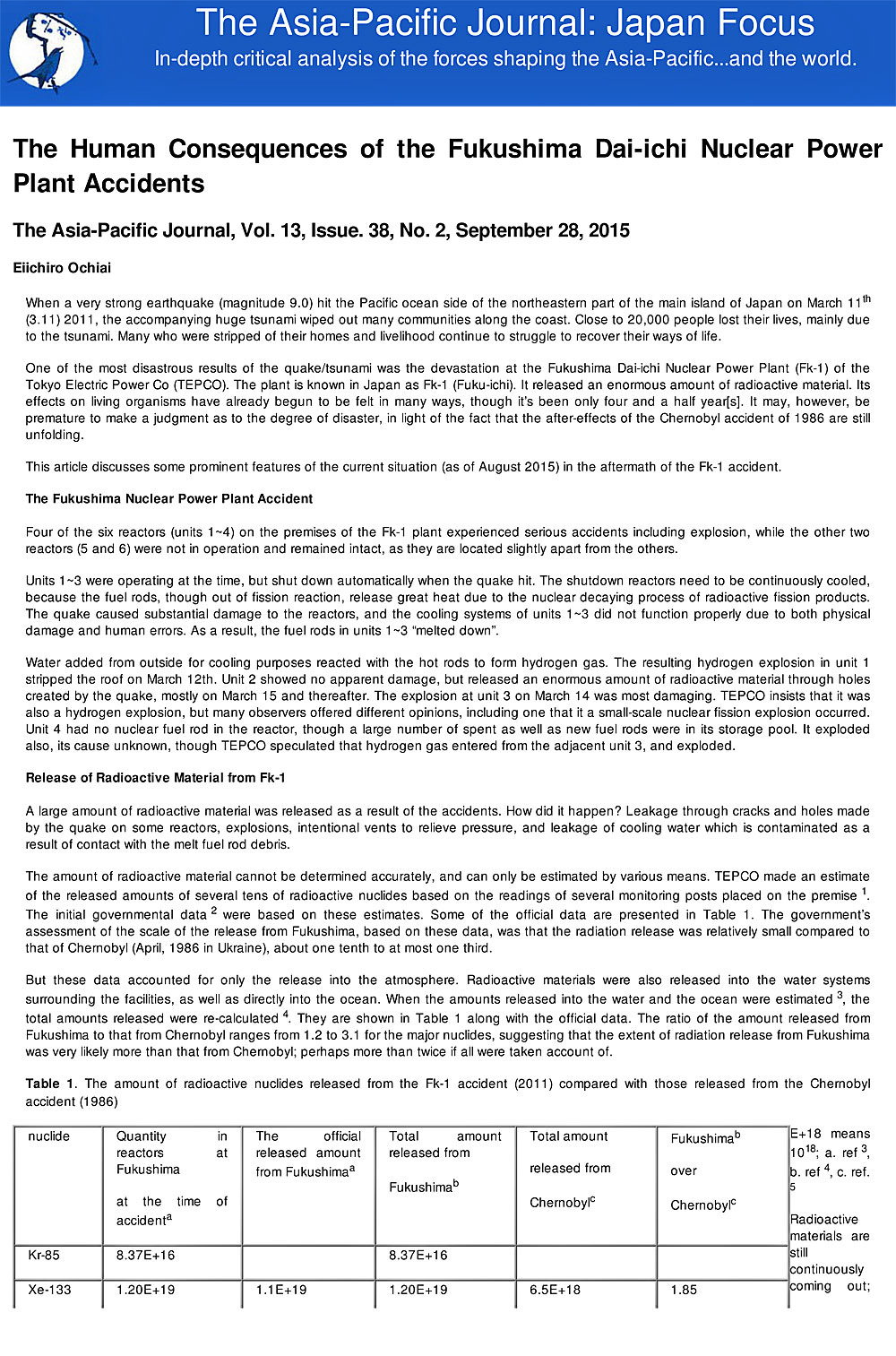