Athen 2014, May 5-7.
Improving the situation of Roma people in Europe 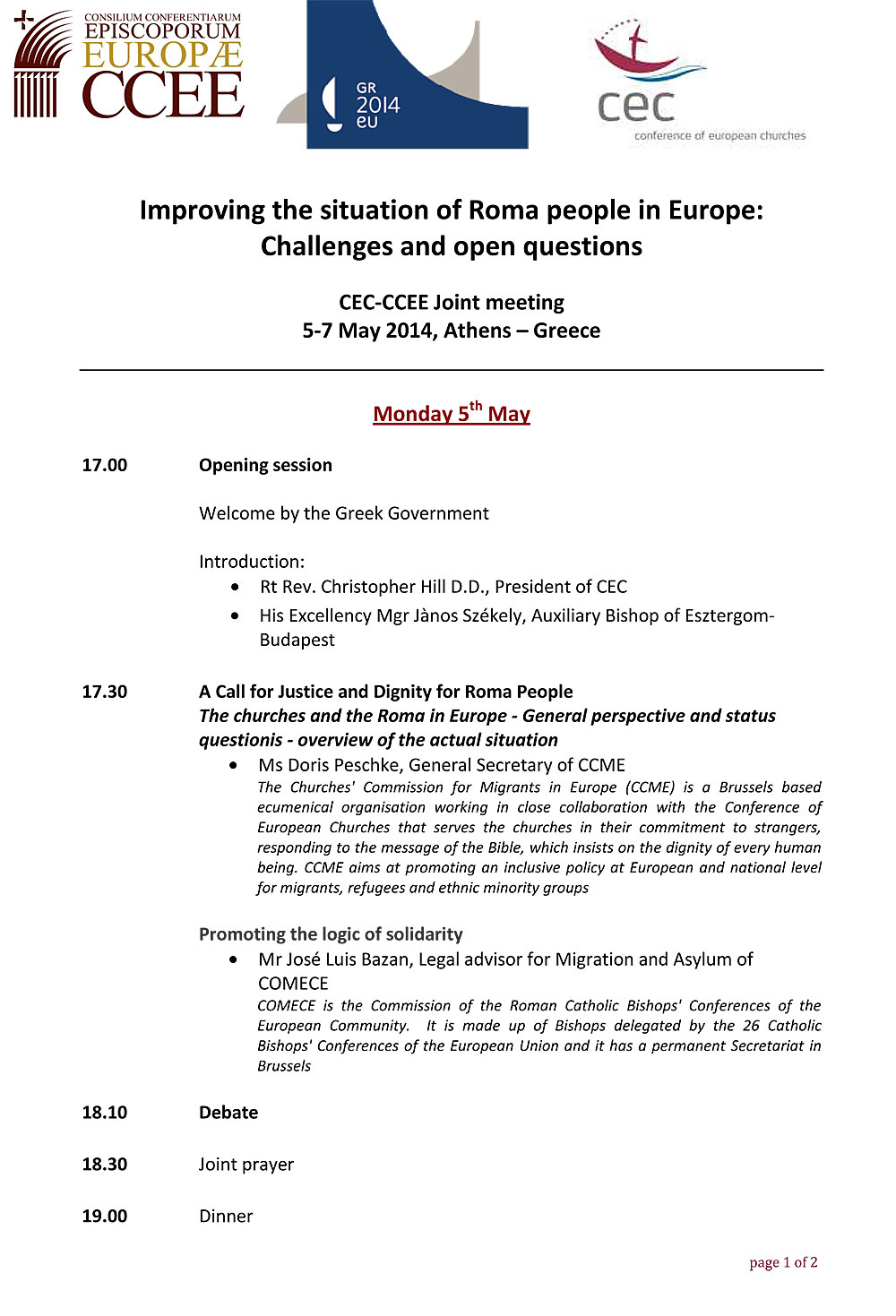 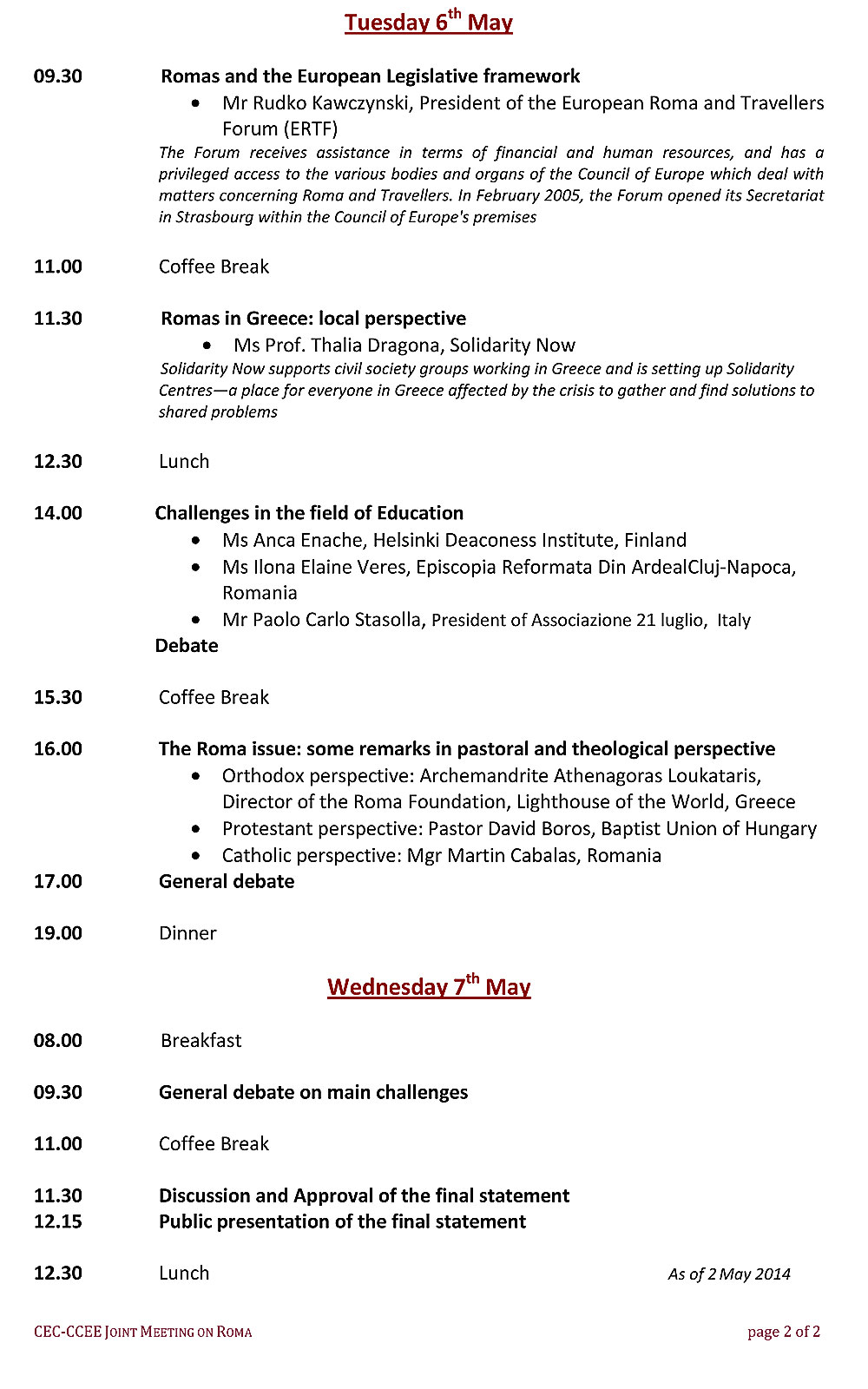 The Conference of European Churches – CEC – is a communion of 120 Orthodox, Protestant, Anglican and Old Catholic Churches of all European Countries, and 40 associated organizations. It was founded in 1959. The offices of CEC are in Geneva, Brussels and Strasbourg.

The Council of the Bishops’ Conferences of Europe (CCEE) gathers the Presidents of the current 33 European Bishops’ Conferences of this continent, represented by their Presidents, and the Archbishops of Luxembourg, the Principality of Monaco, and the Maronite Archbishop of Cyprus, as well as the Bishop of Chişinău (Republic of Moldova). The President is Cardinal Péter Erdő, Archbishop of Esztergom-Budapest, Primate of Hungary; the Vice-presidents are Cardinal Josip Bozanić, Archbishop of Zagreb, and Cardinal Jean-Pierre Ricard, Archbishop of Bordeaux. The CCEE General Secretary is Fr Duarte da Cunha. The headquarters of the Secretariat is in St Gallen (Switzerland)