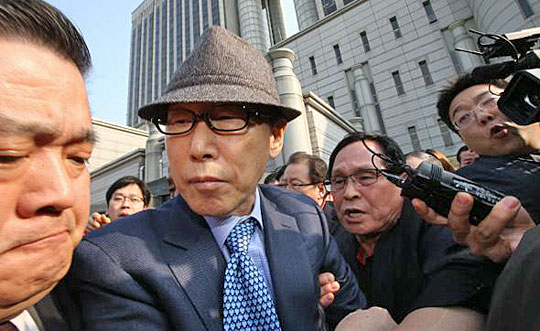 On Feb. 20, Hon. Cho Yong-hyun with the 23rd criminal division of the Seoul District Court sentenced David Yonggi Cho, 78, senior pastor of Yoido Full Gospel Church, to three years in prison, suspended for five years, and ordered him to pay 5 billion won (US$4.67 million) in fines. Cho was charged with causing around 13.1 billion won in damages to his church and evading approximately 3.5 billion won in taxes in the process (embezzlement as defined in the Act on the Aggravated Punishment of Specific Economic Crimes). In addition, Pastor Cho’s oldest son Cho Hee-jun, 49, former chairman of the Yeongsan Christian Culture Center, was given a three-year prison sentence and taken into custody.

“The criminal activity would have been impossible without the approval of Pastor Cho, who had ultimate decision-making authority,” the court ruled. “By condoning the documents that were being written while he was the head of the church, he was largely responsible for these crimes.”

The court also took into consideration the fact that Pastor Cho has contributed to social welfare over the years as a religious figure, which it explained as the reason for his lenient sentence.

The court sentenced Cho Hee-jun to actual time in prison, regarding him as the mastermind behind most of the crimes, including dereliction of duty.

Cho was indicted in 2013 on charges of professional negligence and tax evasion. At the request of his son, Cho allegedly had Yoido Full Gospel Church purchase 250,000 shares of stock in I-Service held by the Yeongsan Christian Culture Center at 86,984 won per share, even though the shares were only worth 34,386 won each, resulting in a 13.1 billion won loss for the church. When a gift tax was imposed on the church’s expensive stock purchase, Cho allegedly submitted documents to the tax authorities depicting the transaction as a normal loan, evading 3.5 billion won in taxes.