Murder Trials and the Media in Japan

Covering Capital Punishment: Murder Trials and the Media in Japan

Philip Brasor's fine article on Japan's lay judge system and the capital trial of Ms. Kijima Kanae contends that the application of the death penalty in Japan is arbitrary—and it is.1 Of the last 6 Ministers of Justice who served while the Liberal Democratic Party was in power, 5 authorized executions and 1 did not. Of the 6 Ministers of Justice who have served since the Democratic Party of Japan took power in August 2009, 2 authorized executions and 4 did not. In total, therefore, 7 of the last 12 persons to serve as Minister of Justice gave orders to hang and 5 did not. This is not the arbitrariness of a coin flip; it is the capriciousness that comes from a system that makes the occurrence of executions depend on the ideology of individual Ministers and (to some extent) the values of his or her party. If a Minister of Justice opposes capital punishment or does not want to participate in state killing, he or she can prevent executions simply by not signing execution warrants. A few years ago Minister of Justice Hatoyama Kunio of the LDP (who authorized 13 hangings while serving as Minister for less than a year in 2007-08) suggested that the execution process should be made more automatic by abolishing the Minister's discretion to make these life and death decisions. The execution process should be like a "conveyor belt", he said, and the Minister should not be allowed to turn the switch off.2 Few people found his proposal palatable, and to Hatoyama's dismay, the Asahi newspaper even published a satirical poem on the front page of its evening edition on June 20, 2008: 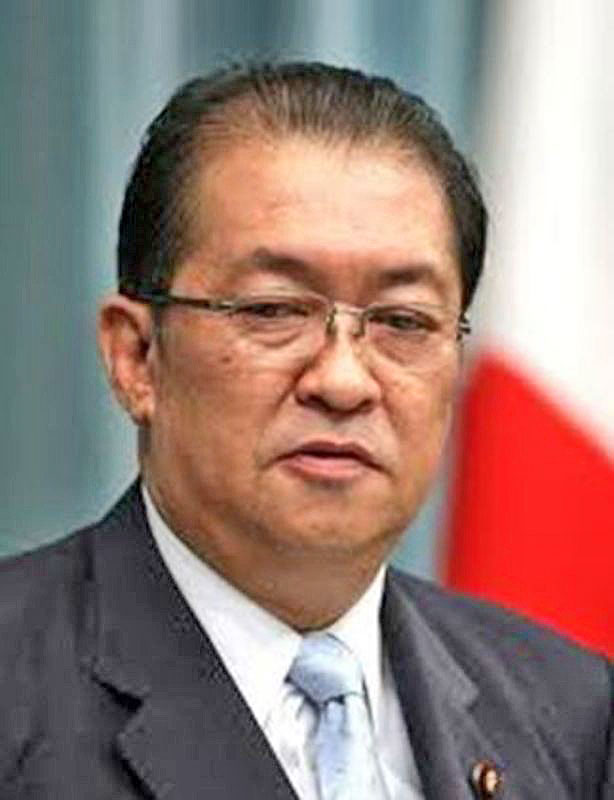 Proud of his responsibility, he has achieved a new record by giving the go-ahead every two months

One silver lining in Japan's dark cloud of capital punishment is that the pace of executions has declined under the DPJ. The first 6 DPJ Ministers have ordered the hanging of 5 persons in 33 months—about 1 execution every 200 days. By contrast, the last 6 LDP Ministers ordered the hanging of 36 persons in 60 months, for an average of 1 execution every 50 days.3 In this comparison, LDP Ministers execute four times more frequently than their DPJ counterparts. This pattern is consistent with death penalty trends in other nations. When government control changes from a right-of-center party to the left-of-center, the death penalty often declines or disappears.4

So, the execution outputs of Japan's death penalty system remain arbitrary but have declined under the DPJ. What about death sentence inputs?

Here, too, the news is mixed. Criminal trials in Japan's lay judge system started in August 2009, around the same time the DPJ took power. As of April 2012, there have been 17 trials in which prosecutors sought a sentence of death (shikei kyukei), and lay judge panels have delivered the ultimate penalty 14 times (there were 2 life sentences and 1 acquittal). The data are thin and the lay judge system is still fairly new, but this rate of 82 percent is higher than the death sentence rate of two-thirds or so that prevailed before the new system took effect, when murder trials were adjudicated by panels of three professional judges. On the other hand, a Supreme Court study of how criminal sentencing has changed under the lay judge system during its first three years of operation found that the percentage of murder trials ending in a death sentence has remained roughly the same—about one percent—as under the old system in which accused killers were adjudicated and sentenced by professional judges only.5

When prosecutors seek a sentence of death in America, juries impose it about half the time in trials at the state level and about one-third of the time in federal trials.6 And in the years before the U.S. Supreme Court declared capital punishment unconstitutional in the Furman case of 1972, only one in a dozen juries returned a sentence of death.7 In that same case, Justice Potter Stewart observed that American death sentencing is "cruel and unusual in the same way that being struck by lightning is cruel and unusual."8 Other retentionist countries confront a similar dilemma, because efforts to ensure that the death penalty is reserved for only the "worst of the worst" and the "rarest of the rare" often reduces the volume of death sentences and executions at the cost of creating greater capriciousness in the capital process. 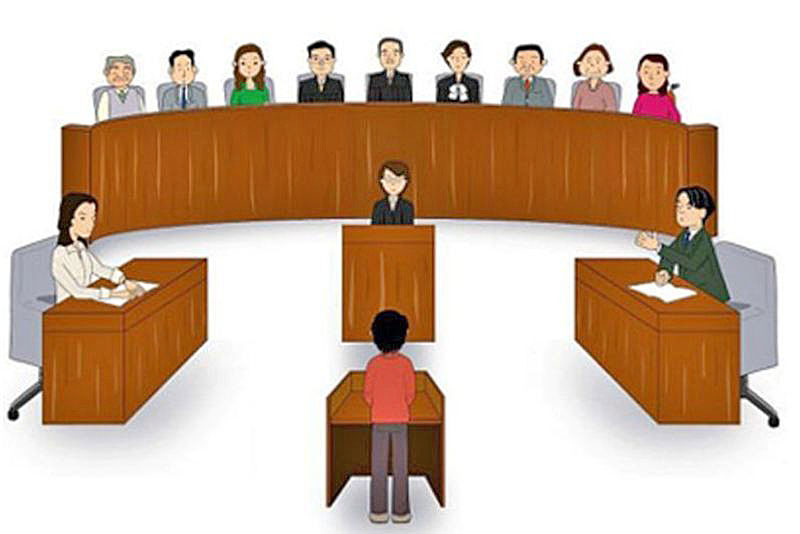 There are at least three ways to interpret the willingness of Japanese lay judges to impose a sentence of death. First, and contrary to what many people predicted before the lay judge system started, Japanese citizens might feel few scruples about sentencing defendants to death. Thurgood Marshall, another former Justice of the U.S. Supreme Court, believed that the more you know about capital punishment, the less you will like it. The "Marshall Hypothesis" assumes that support for capital punishment stems from ignorance and that attitudes toward the institution are responsive to efforts at reasoned persuasion. This hypothesis has been investigated by many scholars in the American context, with mixed results.9 The evidence from Japan so far seems to suggest that learning more about the death penalty during a capital trial does not make many citizens reluctant to employ it, though this hunch must come with significant qualifications, because lay judges in Japan are not permitted to talk about how they voted or what was said during deliberations—making it impossible to know what they experienced during trial10—and because a death sentence can be imposed by a bare majority vote of 5 to 4 (capital sentences in America can be imposed only if all members of the jury agree).11

The third possibility is that victims and survivors of crime are pushing capital adjudicators in Japan to impose the death penalty more often than in the past. Since 2000, Japan's Code of Criminal Procedure has been revised twice in order to introduce two forms of victim participation: the Victim's Statement of Opinion (VSO), and the Victim Participation System.13 Among other things, these reforms give victims and survivors much more voice in criminal trials than they previously possessed (in the three capital trials that I observed in Tokyo and Chiba, the effect felt powerful). This hypothesis also needs to be researched, but my own view is that some combination of these three reasons—citizens' attitudes, prosecutors' charging policies, and victims' demands for harsh punishment—helps to explain why lay judge panels in Japan seem so willing to impose a sentence of death when prosecutors and victims ask for one.14

Brasor suggests that the media's depiction of Kijima Kanae as an ugly "black widow" may have infected the lay judges at her trial with bias and prejudice. Perhaps, but it is worth noting that professional judges are hardly immune to media effects and public opinion. 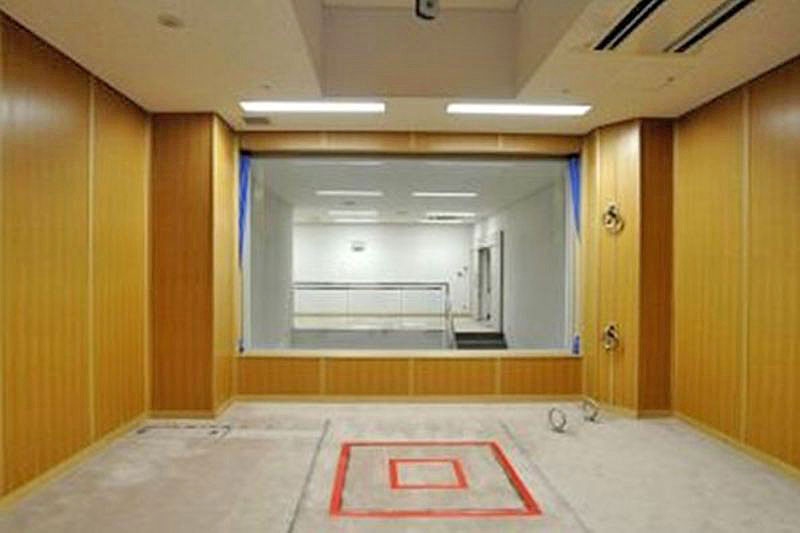 In my view, the most striking thing about the media coverage of Kijima's trial is how much more of it there was than there was for another long capital trial that occurred a few months earlier. In the latter, Takami Sunao was convicted of killing 5 persons and injuring 10 by setting fire to a pachinko parlor in Osaka in July 2009. Takami was sentenced to death on October 31, 2011, but his trial was epoch-making in that his tribunal had to consider the claim that capital punishment is unconstitutionally cruel because hanging often results in either decapitation or the prolonged suffering of the condemned while he or she dangles at the end of a rope. This was the first time in more than 50 years that the constitutionality of capital punishment was seriously contested in a Japanese trial, and lead defense lawyer Goto Sadato even persuaded Chief Judge Wada Makoto to allow testimony from two expert witnesses: Walter Rabl, the president of the Austrian Society of Forensic Medicine, who told the court that, based on his own extensive studies, hangings are frequently botched; and Tsuchimoto Takeshi, a retired prosecutor who described what it was like to watch a hanging in the 1970s ("when looked at directly, the cruelty of hanging cannot be endured"). Goto also persuaded Judge Wada to ask the Ministry of Justice to disclose information about botched executions and the condition of corpses after they were removed from the rope, but the Ministry refused.15

The Osaka District Court ultimately ruled that with respect to judicial hanging, a certain amount of suffering "must be tolerated" (kanju subeki). None of the events in Osaka received nearly the coverage of Kijima's trial in Saitama. In the Osaka case, there was no online dating, there was no serial fraud, there was no sex, there was no black widow, and there was no one who wondered how "someone so ugly" could do that. There was only the general question of whether Japan should continue to hang some offenders by the neck until they are dead, and the specific question of whether a mentally-ill man should be kicked off the planet in the same manner that Japan has employed since the Meiji period.16

George Orwell warned about those who would deprive us of information.17 With respect to capital punishment, the thoroughgoing secrecy of officials in Japan's Ministry of Justice often seems Orwellian.18 Philip Brasor has pointed out that the Japanese world of capital punishment can also be a Huxleyan burlesque—and for this fine insight we should thank him.19 The most important matters of life and death are rarely the most entertaining.20

David T. Johnson is Professor of Sociology at the University of Hawaii, co-author (with Franklin E. Zimring) of The Next Frontier: National Development, Political Change, and the Death Penalty in Asia (Oxford University Press, 2009), and co-editor of Law & Society Review. He is an Asia-Pacific Journal associate. He can be contacted via email.

16 In America, too, media coverage of capital punishment tends to present a distorted reality, by focusing disproportionately on crimes committed by minority offenders against vulnerable and "worthy" victims. In this way, the public mandate for capital punishment is sustained by atypical crimes that conform to existing cultural templates about criminal threat and victimization. See Jeffrey Lin and Scott Phillips, "Media Coverage of Capital Murder: Exceptions Sustain the Rule," Justice Quarterly, 2012 (forthcoming); available here.

20 The epigraph which opens this article first appeared in Neil Postman's prescient book, Amusing Ourselves to Death: Public Discourse in the Age of Show Business (Penguin Books, 1985), pp.vii, 155.