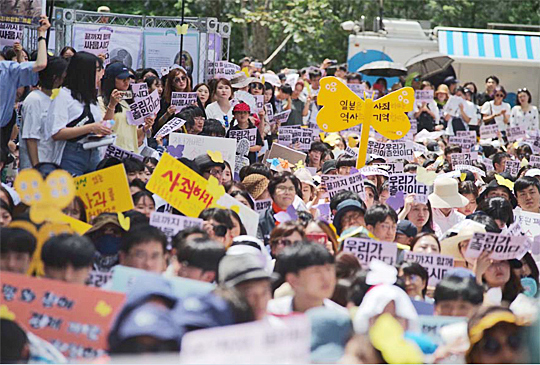 THE KOREAN COUNCIL NEWSLETTER,  May 2001

The Korean Council for Justice and Remembrance for the Issues of Military Sexual Slavery by Japan (the Korean Council) is a NGO in South Korea working for just resolution of Japanese military sexual slavery issue, its education, and prevention of sexual violence in armed conflict.

Since its beginning in 1990, the Korean Council has worked with victims to restore the dignity of Japanese military sexual slavery victims and human rights and to educate the message of peace.

The Korean Council for The Women Drafted for Military Sexual Slavery by Japan
"Dignity and Justice for the 'Comfort Women'!"

History of the Korean Council