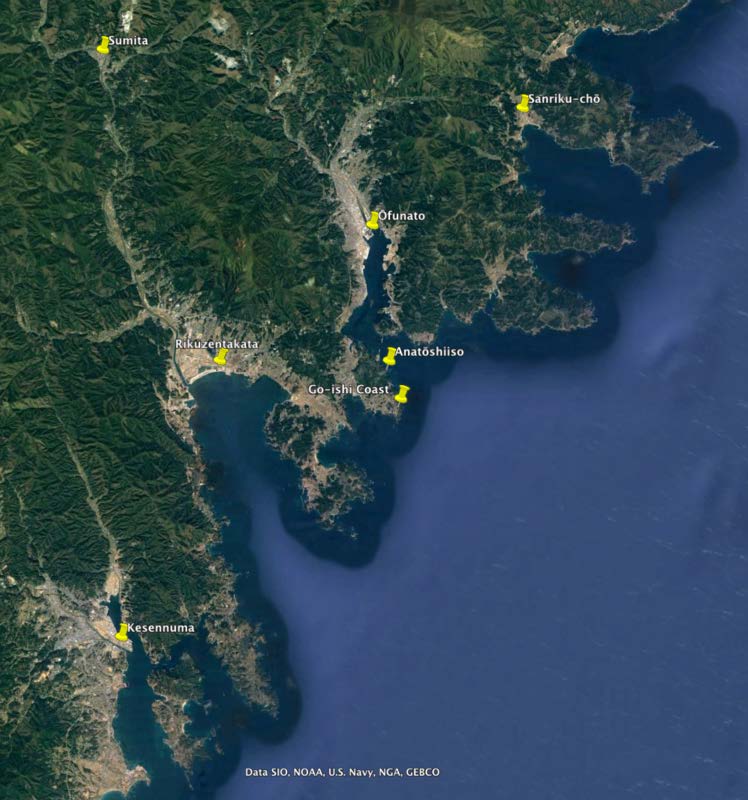 Ōfunato and the 2011 disasters The city of Ōfunato is located in northeastern Japan, in the southeastern portion of Iwate Prefecture. It lies on the Sanriku coast and is a fine example of a ria coastline with several prongs of mountainous ridges that extend outward into the sea. The coast is home to Iwate’s largest port, and houses several welldeveloped industries, including industries related to fishing, marine products processing, and cement production. On the outskirts of the city limits are Anatōshiiso and the Go-ishi Coast, which because of their dramatic rock formations and islands, are well known for their natural beauty. Ōfunato is home to approximately 400,000 people.

Ōfunato, along with the city of Rikuzentakata and the town of Sumita, are part of what is known as the Kesen Region. The speech used there has a high degree of regional distinctness and is known as Kesengo (literally “the language of Kesen”). In fact, there is an increasing push, which has been spearheaded by Yamauchi Harutsugu, a medical doctor who lives in Ōfunato, to have Kesengo recognized not just as a minor dialect of Japanese, but as a distinctive language with its own rich history and tradition.

Ōfunato suffered tremendous damage during the earthquake and tsunami of March 11, 2011. ...