25.12.2015
A Christmas mass and human chain with Bishop Kang U-Il
In his homily for the Christmas mass on the street across the base construction gate in the village, in the morning of Dec. 25, Bishop Kang told about the story of a transport ship named 'SS Meredith Victory, a United States Merchant Marine Victory ship, a type of cargo freighter built for World War II and is best known for evacuating more than 14,000 refugees in a single mission during the Korean War.'

After the miracle of the ship’s safe arrival on a Korean Island on Christmas Day, the life of ship’s captain, LaRue, became totally changed. later, he ended his life as a Benedictine monk.
Bishop Kang reminded people that the size of ship, SS Meredith Victory, was about 7,600 ton, same with the size of a ROK Aegis Destroyer, Sejong the Great which recently entered Gangjeong. Can we use the money to save human being rather than building weapons?, he asked.
Bishop Kang’s final words were on Jesus who came to this world in the form of a small baby being totally nonviolent and disarmed.

…………………………………..
It is so good to see Bishop Kang joining human chain with Toni and Martha, two Catholic Workers, and others, and communal lunch in the people’s restaurant. 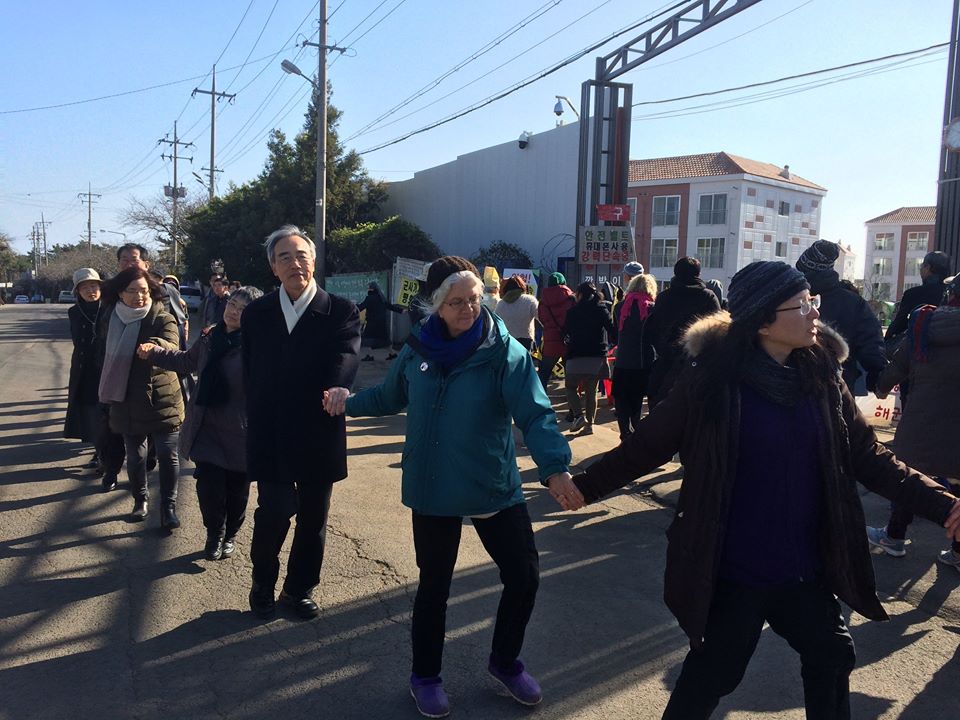 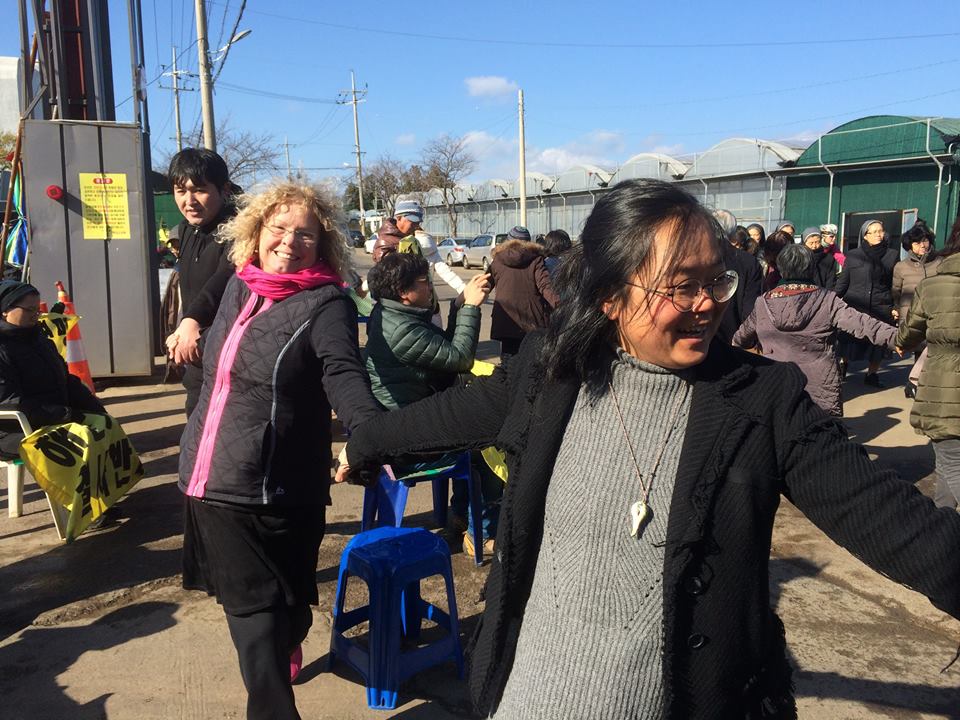 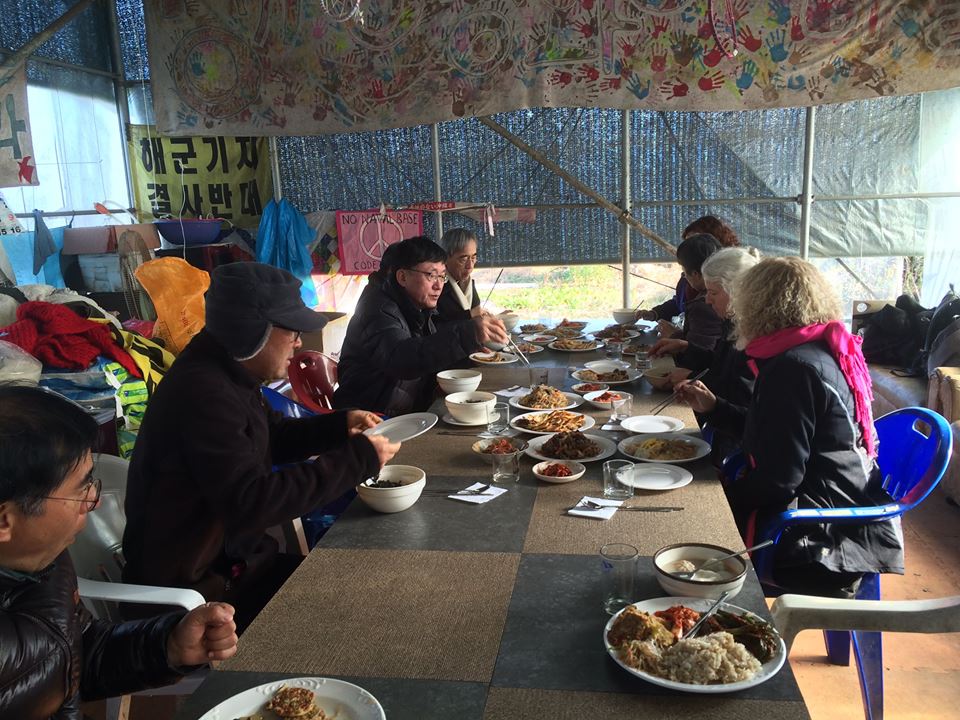 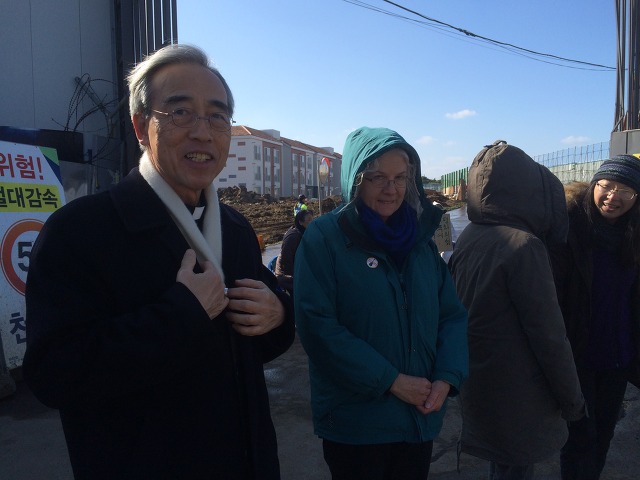 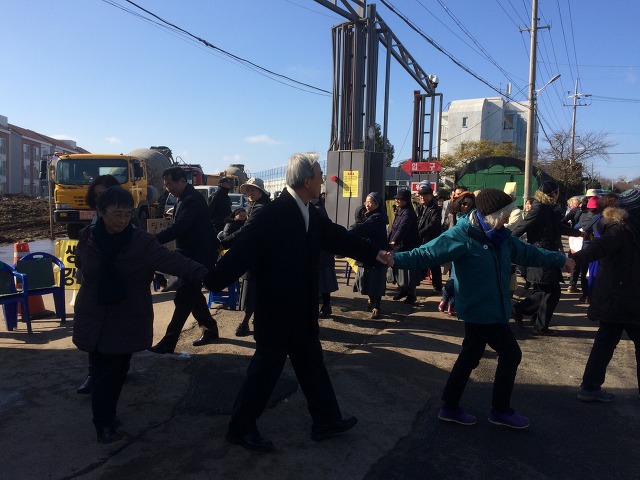 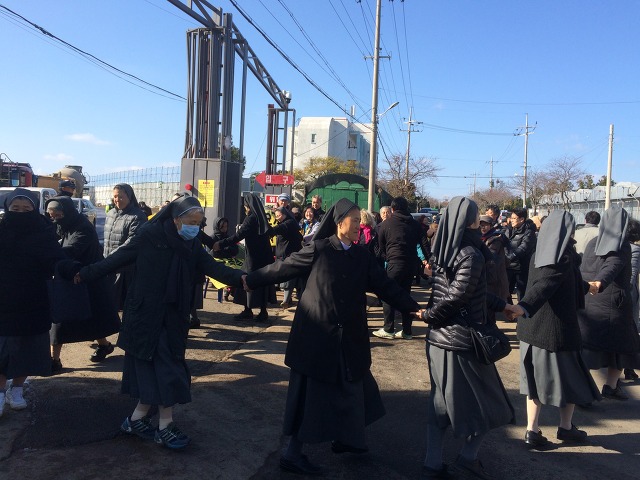